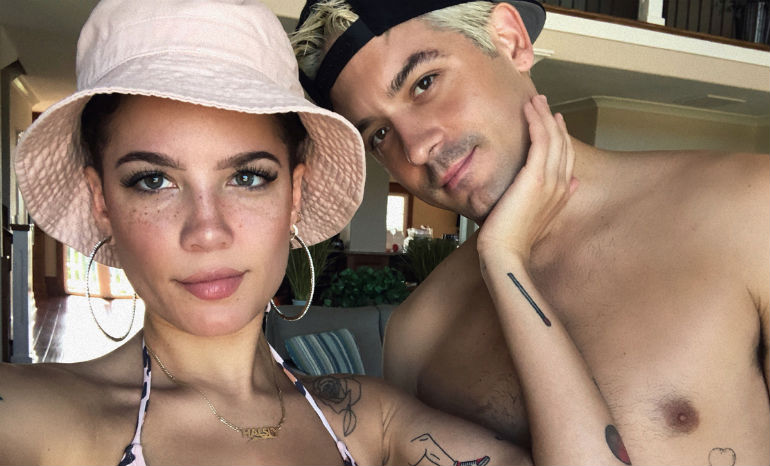 On Friday, August 31st G-Eazy took the stage in Holmdel, New Jersey for his Endless Summer Tour alongside artists such as Lil Uzi Vert and Ty Dolla $ign. Many fans were curious if Halsey might show up to this show as the singer grew up in New Jersey and the pair were recently seen holding hands in New York after MTV’s Video Music Awards.

G-Eazy put so much energy and passion into his performance and the crowd was going wild the entire time, you could visibly see how happy Gerald was throughout his set. When it came time for G to come back out for his encore performance the lights dimmed and “Him & I” started playing. Halsey walked out on stage with G-Eazy and the crowd went crazy!

You could tell right away that there was no bad blood between the two of them, their chemistry was quite visible. The pair was very touchy and could not stop smiling at each other (it was kind of adorable). To make things even more clear that the pair’s romance has reignited they shared a steamy kiss at the end of the song, followed by some equally steamy posts on G-Eazy’s Instagram.   To Confirm things even further Halsey joined G again on stage at the Virginia Beach date. Like, it’s official, G-Eazy and Halsey confirm they’re back together!

We are so happy that these two found their way back to each other, you can really tell how much they love and adore each other.  Are you happy about the reunited pair? Let us know in the comments or tweet us @Soundigest!