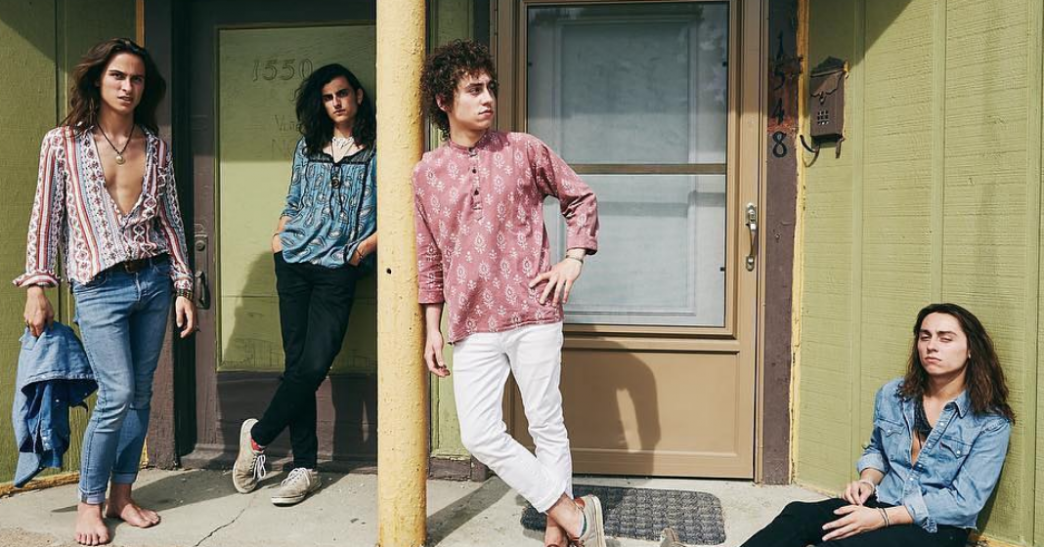 If you’re a hard rock fan and haven’t heard of Greta Van Fleet by now, then you’re in for a real treat. They’ve got a brand new album coming out, and we couldn’t be more excited. Their debut full-length album, Anthem of the Peaceful Army is scheduled to drop in just a few weeks, on October 19th. The album will feature 10 original tracks including the new song, “Watching Over,” which was just released, as well as “When the Curtain Falls,” released earlier this summer. The entire track list can be seen below.

The band has been teasing the announcement of Anthem of the Peaceful Army over the past few days through their different social media accounts. Most notably, the cover art for the album was posted on their official Instagram. The album was recorded earlier this year at the iconic Blackbird Studios in Nashville, where artists such as Cheap Trick, Lynyrd Skynyrd, STYX and The Killers have recorded albums.

The hard-rock four piece was formed in Frankenmuth, Michigan way back in 2012 by brothers Josh Kiszka, Sam Kiszka, Jake Kiszka and friend Danny Wagner. Their debut single, “Highway Tune,” topped the US Billboard Rock charts in 2017 for four consecutive weeks. In the ever-so-changing music industry, where rock seems hard to come by these days, Greta Van Fleet brings a fresh, yet nostalgic sound for classic rock lovers. The young quartet is heavily influenced by the works of Led Zeppelin, and if you listen to any of their songs, you’ll know why. Front-man Josh Kiszka’s vocals share a striking resemblance to Robert Plant’s unique howl.

Along with the announcement of a new song and album to follow, GVF have also released information regarding their upcoming worldwide autumn tour. They have dates in the US, Europe and Asia. See the full tour schedule below.

As we all impatiently await the release of Anthem of the Peaceful Army you can pre-order the album here, buy tour tickets here, and listen to their new track, “Watching Over” below.