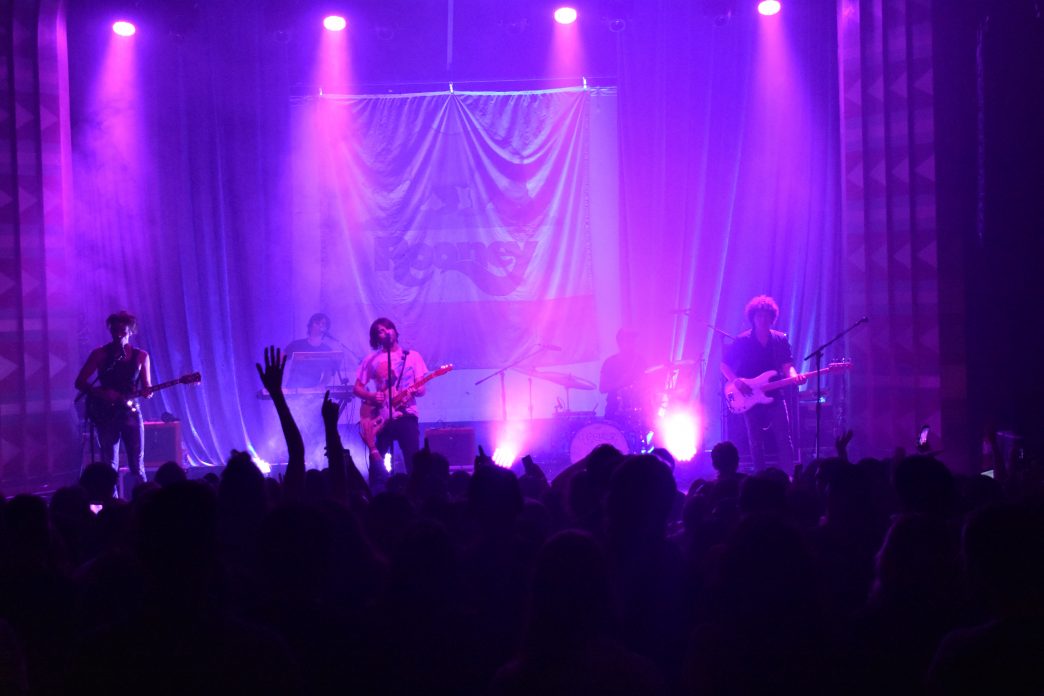 The air in The Regent Theatre buzzed with excited energy and nostalgia, as 20-somethings reverted to their teenage selves, eagerly waiting for Rooney to walk out on stage.

The crowd was enthusiastic and supportive of opening acts Golden Suns and Mating Ritual, but they were ready for Rooney. As the four-piece band strutted onstage, the night had truly begun.

Millennials will remember Rooney’s iconic cameo appearance on The O.C., singing “Sorry Sorry,” “I’m Shakin’,” “Popstars” and “I’m a Terrible Person.” Their beginnings were humble and quick, selling out shows before releasing an album and being discovered at Los Angeles’ Roxy Theatre in 2002 by the then-president of Geffen Records.

Soon, they were touring with Weezer, The Strokes and performing at Lollapalooza. Frontlined by Robert Schwartzman, they were the chosen boyband of the 2000’s—a golden era when music was being released through MySpace and twinkled of ‘90s rock influences.

In 2016, the band released Washed Away, a record that happily stayed true to their gritty rock and sunshine-filled pop roots. Now, they’re back with a new single “Do You Believe,” which will be one of the many songs that Rooney will appear on the soundtrack for The Unicorn. Directed and produced by Rooney’s Schwartzman, The Unicorn premiered at this year’s SXSW and will be released early next year. Flaunting big names such as Lucy Hale, Beverly D’Angelo, Nicholas Rutherford and more, Rooney’s creativity proves to have no bounds.

With new music and projects on the way, their homecoming stop in LA on A Cosmic Interlude Tour was extremely special. They song their hearts out to “All the Beautiful People,” “Don’t Be a Hero,” “Second Chances” and treated the audience to “West Coast.” They also revealed they’ll be releasing a psychedelic twist on Hall & Oates’ classic,“Maneater,” around Halloween. Rooney thanked the screaming crowd for their continued support and returned to the stage with “If It Were Up To Me” and “Where Did Your Heart Go Missing” after fans hoarsely begged for an encore.

Their tour continues into mid-September on the East Coast. For a night of carefree fun and magical nostalgia, don’t miss out on Rooney.