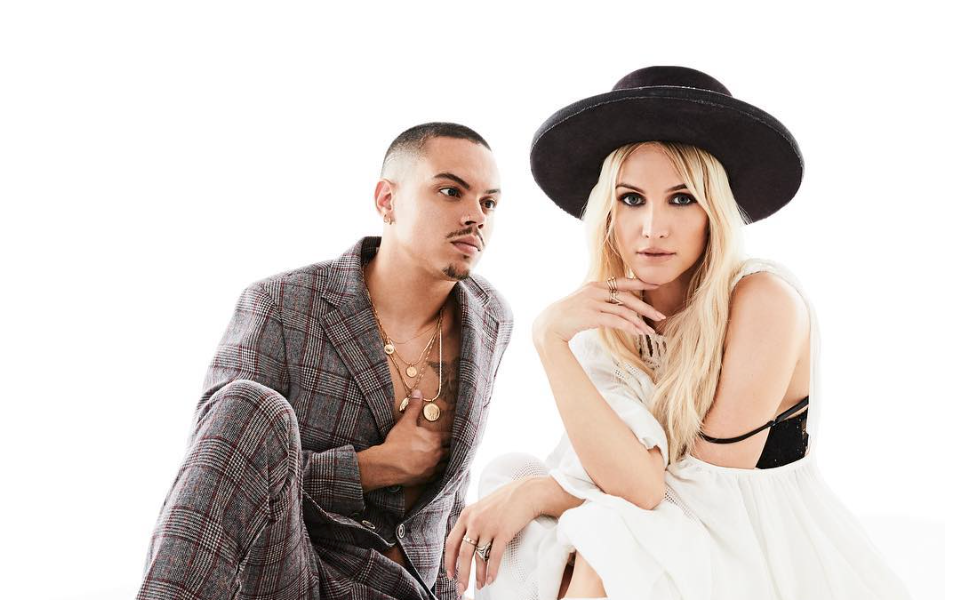 Ashlee Simpson and Evan Ross are no strangers to music! Simpson had a successful pop-rock career in the mid 2000s and Ross is the son of disco legend Diana Ross. The couple, who married in 2014, just debuted their brand new TV show on E! called Ashlee + Evan and released a brand new song called “I Do” under the same name. They’re expected to come out with a full length album later this year. Many other celebrity married couples have duetted together and have released some of our favorite hits! Below is a list of 5 other amazing husband-wife collaborations!

Beyoncé and Jay-Z have been collaborating ever since they began dating in the early 2000s. Their first song together was Jay-Z’s 2002 song “’03 Bonnie and Clyde” featuring Beyoncé, followed by Bey’s debut single “Crazy In Love” one year later, which featured Jay-Z. They got married in April 2008 and around a full decade later they released a joint album called Everything Is Love under the name “The Carters.”

Trisha and Garth were friends before they ever dated. They collaborated on “In Another’s Eyes” from her 1997 A Collection of Hits album. Yearwood and Brooks married in 2005, and then in 2016 they released a joint Christmas album called Christmas Together.

Two of Canada’s biggest pop acts in the 2000s, Avril Lavigne and Nickelback’s Chad Kroeger, married in 2012. One year later, she released her song “Let Me Go” with Kroeger, which happened to be her first single to have a featured artist. The two unfortunately separated in 2015.

In 2008, Blake Shelton released a love song on his album, Startin’ Fires. The song “Bare Skin Rug” is a collaboration with then-girlfriend and fellow country singer Miranda Lambert. The two wed in 2011, but sadly divorced in 2015.

Sonny and Cher made a career by performing together. They met as background singers for Phil Spector in the 1960s. The two eventually got married and released five studio albums and dozens of classic hits together including the iconic hit song, “I Got You Babe.”