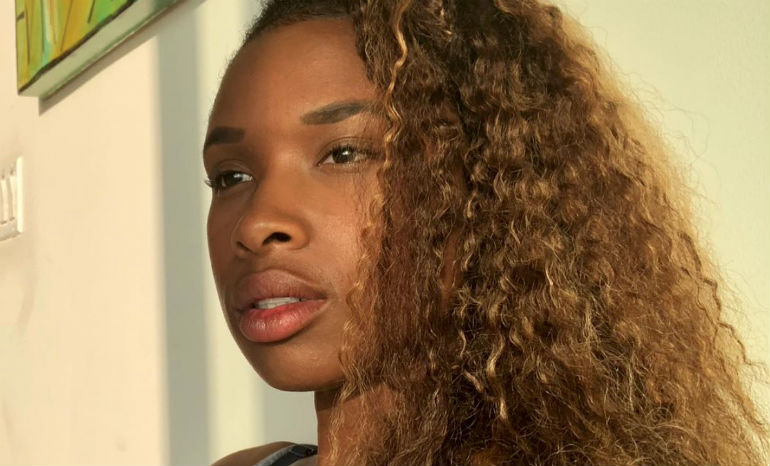 Jennifer Hudson‘s been so busy lately that you’d think she wouldn’t be able to catch her breath! She recently celebrated her birthday by raising more than ten thousand dollars for kids in need. She’s also a judge on season 15 of NBC’s The Voice. On top of all that, she’s got a powerful new anthem song called “I’ll Fight,” which was written specifically for the biopic film, RBG.

RBG is a documentary that sheds light on the compelling life story of Supreme Court Justice Ruth Bader Ginsburg. Ginsburg is only the second woman in U.S. history to become a Supreme Court Justice. The song was written by award-winning songwriter Diane Warren,and was released by Epic Records to coincide with the release of the film.

Some days you just need a rousing fight anthem that nearly brings you to tears and makes you say to yourself, “I’ve got this!” When those days happen, “I’ll Fight” just may be the most apropos song ever written. If you can listen to these lyrics and NOT feel even a little bit moved, you might actually have no feelings at all.

“I’ll help your back when your backs to the wall, I’ll catch the tears when your tears fall. I will give it all, I won’t give up the fight – So I’ll fight, fight that war for you. I’ll fight, stand and defend you; Take your side, that’s what I’m here to do. I’ll be there to be strong. Oh I’ll keep on, keep on the fight”

Everyone needs a someone in their corner to help them fight their fight when times get really tough. If you’re that person for someone, share “I’ll Fight” with them to let them know that you’ve got their back. In these particularly trying times, lots of people could surely use the support.

Give “I’ll Fight” a listen Spotify, and tune in for Jennifer’s coaching debut on The Voice on September 24.