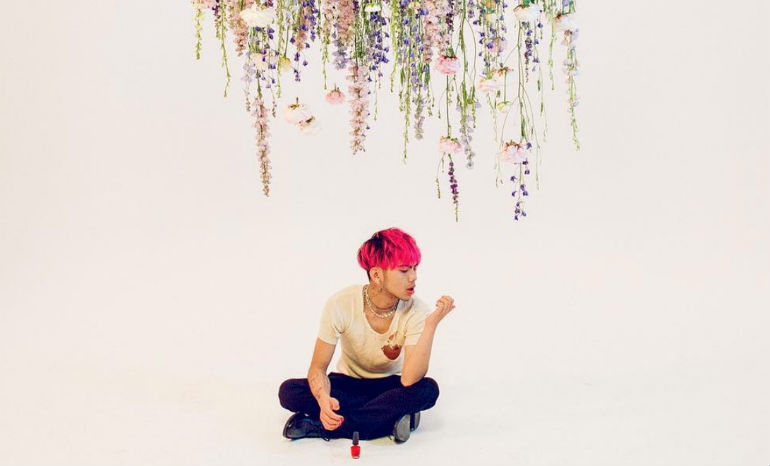 Dirty Hit, the record label behind alternative rock band The 1975, recently debuted its latest artist. Performing under the name No Rome, Rome Gomez is a London-based singer originally from the Philippines. His newest EP RIP Indo Hasashi is a four-track R&B pop record that dwells in a dreamy soundscape similar to that of The 1975, but also offers its own unique fusion of electronic sounds.

While his voice may not particularly stand out, what’s special about No Rome is his ability to utilize his vocals in a versatile fashion to create layers of sound. In an age where electronic music is the current rising trend, there’s a tendency to overproduce a track by adding synths on top of synths, but No Rome and co-producer Matthew Healy of The 1975 seem to have struck a perfect balance.

In addition to providing the melody, Rome’s vocals sometimes operate as the rhythmic foundation to a song, and other times are distorted to act as little embellishments. “Do It Again” is one such example, beginning with soft, undulating synths, followed by a snare drum beat accompanied by a repetitive vocal backbeat. This echo continues throughout the track with Rome singing in a calm, comforting tone over chopped up phrases smoothly strung together.

In “Narcissist”, featuring The 1975, No Rome samples a line from Jay Park’s “Solo” as the groundwork for the track and transforms it into his own. It’s insanely catchy and cleverly mixed in such a way that it brings out both Rome and Healy’s voices.

While most of the songs on RIP Indo Hasashi are upbeat, No Rome exhibits a more sentimental side in “Seventeen.” A slower track with an atmosphere similar to The 1975’s last album, each syllable in the intro is carefully and deliberately stretched out. No Rome infuses a sense of nostalgia and melancholy with his gentle performance of the lyrics, yet the song is light on words and mainly relies on musical instrumentation to get the feeling across. Halfway through the track, a sequence of arpeggio synths take over the melody and a deep bass enters the scene. The song ends with an ensemble of strings, providing a cinematic conclusion.

“Saint Laurent” is the last track on the EP, and like in No Rome’s other songs, repetition reigns, making it a strong contender for listening on a loop. With the release of RIP Indo Hasashi, No Rome is establishing his personal sound and is well on his way to identifying himself as a promising emerging artist. As a protégé of The 1975, No Rome is undoubtedly influenced by their musical style, but there’s a freshness to his music that seems entirely his own.