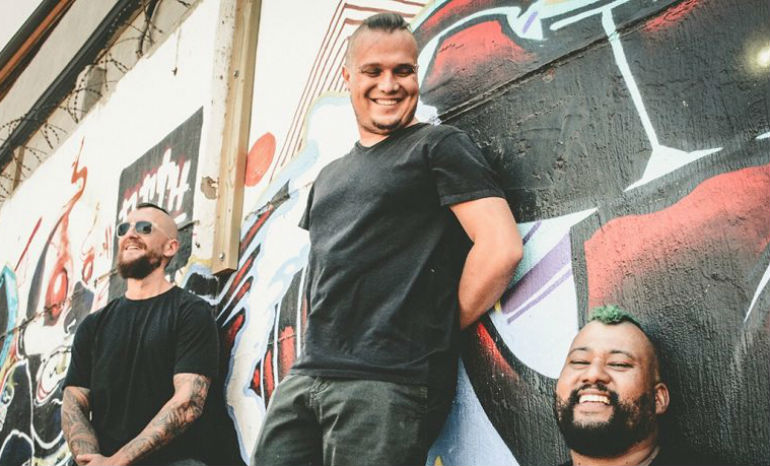 If you keep up with Soundigest and our Interviews, you know we love speaking with artists about, well, pretty much anything. Whether it be their new music, their plans for new music, funny tour stories, or literally anything else. Recently, we got the opportunity to speak with Heine Van Der Walt, the vocalist/guitarist of the South African Rock Band Son of Hawk about their debut self-titled album and how they came about. Take a look:

We always start out with an easy question. Are you guys morning birds or night owls?

Morning Birds. We also prefer writing, rehearsing and recording around those times, it’s more productive when we’re fresh as daisies.

So, how did Son Of Hawk come about? What was the earliest song you remember writing or recording together?

When we announced the formation of the band, we wrote and recorded a little jingle to go with a little video montage of a photoshoot. That jingle later turned into the song called “Son of Hawk,” which we ended up calling ourselves, too!

Since you guys tour a lot, what are some of your tour must-haves?

We’ve found that board games are good for when we’re stuck in limbo. Also, hiding our drummers recorder flute thing helps a ton. A GoPro for recording the shenanigans, and we’ve used our first aid kit more than we’d like to admit, because of said shenanigans.

Do you guys do any fun rituals before a performance?

I don’t know if this counts, but we often have to wake someone in the band up, for some odd reason one of us is sleeping in a random place.

What artists or bands have been on repeat for you currently? Who have you been listening to lately?

We’ve been listening to a lot of outlaw country these days, it feels nostalgic, like missing home or something. Then a bunch of new metal releases, Zeal & Ardor has been tickling us too lately.

For myself, playing guitar, I’d say Dimebag Darrel is my hero. Ash, our bassist digs Jaco Pistorius as well as all of the motown cats. Nathan is big into some strong metal types like Aaron Kitchener and such. Dale is deep into fusion these days.

Since you are self-described musical storytellers in the vein of writers like Jack Kerouac, if you had the chance to write a song based off your favorite book, what book would that be?

What was the writing and recording process like for your debut album? What was it like working with Chris van der Walt?

We tracked live without click and just overdubbed some solos and vocals. Working with Chris is super easy and efficient. We all speak the same lingo and have the exact similar idea as to what sound we want out of the record.

Anything else you would like to tell our readers?

Well, apart from recommending our album to rock lovers, we thank you for your time!