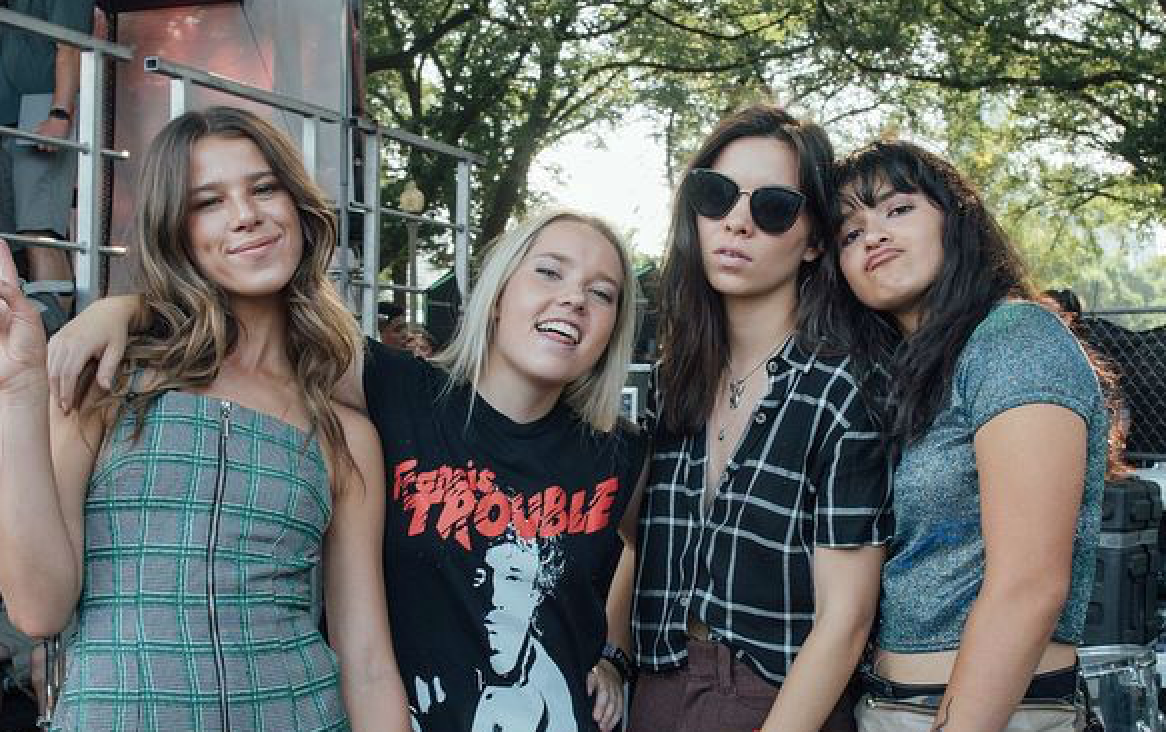 It’s safe to say that 2018 is the year of The Aces! This year, the alt-rock girl band made a major breakthrough releasing their debut album in April, titled When My Heart Felt Volcanic. In the midst of the album release, The Aces announced that they would be touring with COIN, performing at Lollapalooza, and later touring alongside 5 Seconds of Summer, all in addition to tackling their own headlining tours. Although the girls took on a heavy schedule this year, they have remained very consistent with releasing new music. Last week, The Aces surprised fans with a new Spanish version of “Last One.” “Last One” stands as track six on When My Heart Felt Volcanic.

The band decided to broaden their horizons by rewriting their work in Spanish in order expand to a greater audience. Not only do they want to give back to their international fans, but they chose to make a tribute to the Spanish language and honor the artistic beauty of it.

Lead vocalist Cristal Ramirez shared with fans on her Instagram, “My sweet dad worked tirelessly to translate the lyrics perfectly and flew out to LA to sit and coach us and make sure we got it right.” Cristal Ramirez and drummer Alisa Ramirez are sisters, both of Hispanic descent. The band’s decision to collaborate with Cristal and Alisa’s father on this special track is not only wholesome, but well respected.

“Last One” (or “La Ultima”) simply depicts the contemplation of staying in a long term, romantic relationship. The song is an upbeat breakup bop that toys with the idea of ditching a nonreciprocal relationship. More specifically, Ramirez states in the lyrics that this is the last song she will ever write about this problematic individual (hence the song’s title).

Vocalists Cristal Ramirez and Katie Henderson begin the chorus with, “I can’t stop, I can’t start without you//(You been) Killin’ me takin’ all my attention//(I don’t) I don’t need another song about you//So this is the last one, this is the last one” (translated in Spanish to “No más sin ti no empiezo ni término//Paso largas horas soñando contigo//No más ni una canción más acerca de ti//Esta es la últi, esta es la última”). Here, the girls are addressing their feelings about the difficult love interest and make it clear that this is the last straw. “Last One” (Spanish Version or the original) is just as refreshing as it is inspiring. This band preaches self-respect and radiates female empowerment, and we’re totally here for it!

The Aces are currently embarking on their very own European tour, stopping in Spain for their last few shows! Tickets are on sale now and available for purchase here.