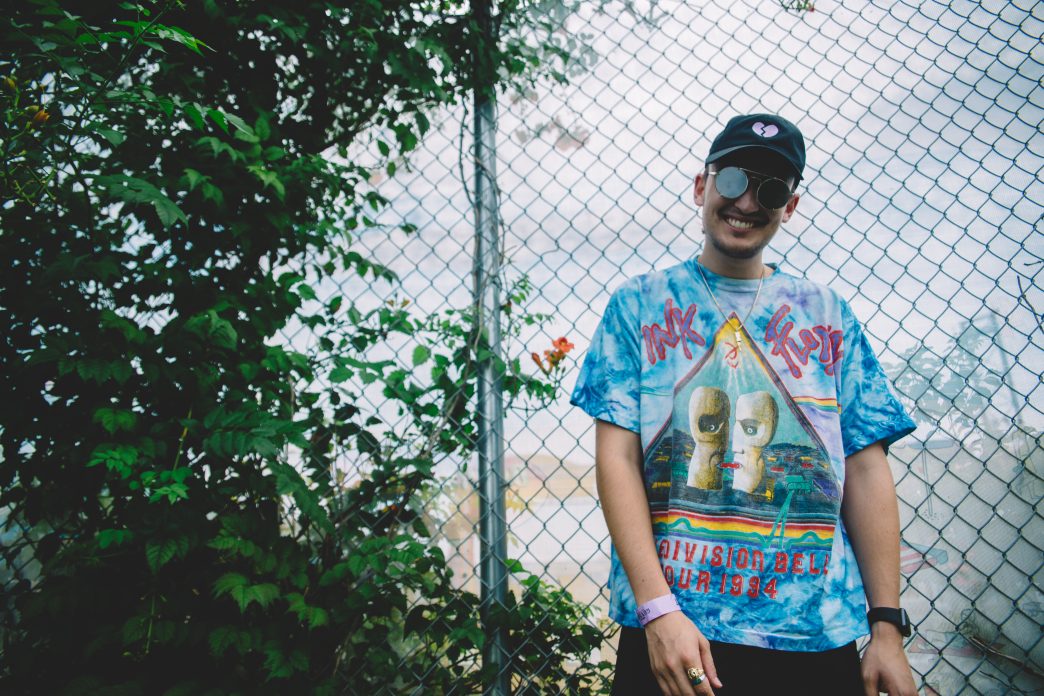 Meet gnash. The name may not be a household one yet, but you definitely know his music. gnash broke through the Billboard charts in 2016 by landing at number 10 on the Hot 100 chart with his single “i hate u, i love u,” featuring Olivia O’Brien. Other hits include his feature on MAX‘s single, “Lights Down Low” and a collab with Mod Sun, “Beautiful Problem.”

There’s more to gnash than features and catchy pop songs, though. His music showcases a lot of emotion and raw feelings, which is something you don’t tend to find on the Hot 100 list all too often anymore. A few weeks back, when gnash was in NYC for the 2018 Billboard Hot 100 Festival and his Summer Ever After Tour with All Time Low and Dashboard Confessional, we got to hang out with him to talk music, touring and more. Check it out:

So you recently dropped “dear insecurity.” Was that tough to write?

Yeah. “dear insecurity” took me like eight months to write. When Ben Abraham first came in and played me the idea, I had a journal entry that I had started and it just lined up with his idea. I just kind of started finessing that into the place of the song and it was actually a very cool process, but it took me a long time because what I found out is that it was a mental health journey that I needed to go on that was a lot bigger than I had realized. So I ended up, over those 8 months, I started speaking with a therapist and started doing all of this work for myself. I’m in a way better mental health place now and that song is a cool documentation of that time in my life.

It was therapeutic for you.

Exactly. It was therapeutic to make the song. I think that’s my favorite part of the song, how much it means to me because it represents this journey I went on and I’m not there yet, I don’t know if I’ll ever be. I don’t know if anyone is ever there.

Yeah. I think it’s a start. I think that this song is helping people start that conversation in their lives.

Yeah, you have the hashtag going right now.

Yeah and I didn’t even start that! That was just..

I think so! They just started coming into my mentions. I just got flooded. I think @gnashtourdiary started it, which is one fan account that I follow. She’s great! I think she might have started it, I’m still not sure! I just keep reposting them because it’s been this beautiful thing that people are responding and talking to each other. It’s crazy. That’s all I wanted. I wanted to start this conversation.

It’s a really shitty subject at times, but it’s really cool that everyone can bond with you and with other fans and meet new people who might also struggle.

Thank you! My biggest thing is that I know it’s not an easy subject to discuss, so that’s why I’m happy it exists. When people are ready to discuss it, if ever, it will exist for them to be able to talk about how they feel! There are so many ways music can express and transmit, so I’m really lucky that I have the opportunity to help people feel better in life.

So you’re currently touring with All Time Low for the second time this year. How has it been being with the guys literally 24/7?

Yeah! All Time Low and Dashboard Confessional. We’re on the Summer Ever After Tour and it’s been amazing. I love those dudes. They’ve shown nothing but love to me. Alex [Gaskarth] and Jack [Barakat] have definitely little brother vibed me and made me a part of their world. It’s really sweet and I’m super thankful for them. I’m just a grateful at the end of the day. Dashboard’s been absolutely great. I grew up listening to them. My whole life I have been listening to this music, so it’s crazy that I’m able to listen to it every night. I’m getting spoiled, though. I was in the back room of my bus the other night, listening to old All Time Low while they were playing the show, on my AirPods and I was like, “wow I am getting really spoiled. I need to get out there!”

Yeah! So I went out and watched. I brought my sister around on a couple of the days of the tour because she put me on to a lot of this music. She came and hung out. She had a good time!

That’s cool! So what’s up next for you after the tour?

After this tour, I’m going home for a little bit and I’m going to hang out with my cat [Hazel], I miss her a lot. Always wrapping up new music and getting ready to put it out!

If you had to do an elevator pitch for people to listen to you, what would it be?

My elevator pitch would be, “my name is Garrett. I go by gnash and I believe that if we feel together, then we’ll feel better.”

Check out gnash opening up for All Time Low and Dashboard Confessional on the second leg of the Summer Ever After Tour! Also, be sure to watch gnash’s latest video for “dear insecurity” below:

*All photos by Sarah Waxberg