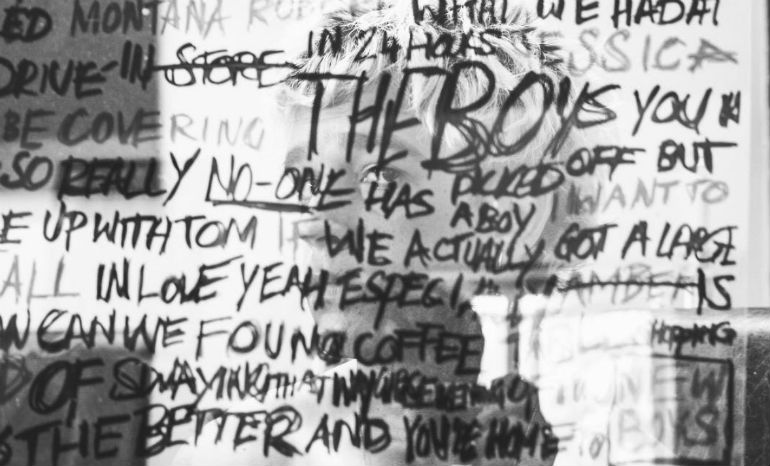 Last week, The 1975 released their fourth single of the year, titled “Sincerity Is Scary.” The single will stand as the seventh track on the band’s newest album, A Brief Inquiry To Online Relationships, which is expected to drop November 30, 2018.

“Sincerity Is Scary” is nothing like the rest of the singles released during this new wave of The 1975. This feel-good jam is extremely smooth and filled with jazz influence. It starts off with George Daniel hitting heavy drums, followed by the soulful magic of John Waugh playing the sax.

About 50 seconds into the song, Matty Healy opens up the dialogue with “And irony is okay, I suppose, culture is to blame//You try and mask your pain in the most postmodern way.” From the start, Healy begins preaching about how important sincerity is, although it’s often neglected in our postmodern world. Healy points out that sincerity is “scary” because those who value the concept are prone to being easily disappointed or hurt by others.

Sadly, Matty also notes that the grass is not any greener on the other side. “Irony is okay” hints that the irony of sincerity is that people who don’t partake in it are also susceptible to getting hurt. People who suppress their feelings and emotions with ironic jokes of self-deprecation are only hurting themselves in the end. Regardless of which side you stand on, Healy concludes that we’re all struggling with emotional intelligence.

Healy has always been very transparent with his lyrics because he has no shame in addressing his thoughts. He continues into the song, “You lack substance when you say something like, ‘Oh, what a shame’//It’s just a self-referential way that stops you having to be human.” These lines indicate that in today’s society, many of us are trained to hide emotion and vulnerability as if we’re all a bunch of robots with the inability to feel.

In a recent interview with Beats 1, Healy spoke on the new single. He said, “Sincerity Is Scary’ is about me trying to denounce all of that postmodern fear of like being real, you know? Like irony first, irony first. Make sure you’re ironic because then you can’t be judged on being a person. And I’ve become so aware of the shtick that exists within my kind of lyrical narrative as well, because obviously I love everything that I’ve done previously, but now as I got older I see these kind of defense mechanisms, whether they be jokes or being slightly sardonic… I think on this record it’s slightly more, it’s just a bit more open and a bit easier, and genuinely sincere.”

At the peak of the song, you can hear every band member’s contributions come together, creating a moment of pure bliss. The chorus itself is so audibly satisfying, you can’t help but smile when it drops. The musical content of this single is both fluid and soothing, despite the controversial lyrics that Healy is so well known for writing.

Since “Sincerity Is Scary” sounds extremely easy listening, there has been a greater positive feedback with it in comparison to “Give Yourself A Try,” “Love It If We Made It,” and “TOOTIMETOOIMETOOTIME.” It is possible that fans favor this song more because it mirrors a similar sound to their first album, The 1975. The bottom line is that the fandom has been showing nothing but love for The 1975 from the very minute “Sincerity Is Scary” was released.

Below are some handpicked tweets that depict how everyone feels about it!

Biiiiitch when that saxophone kicked in

…and if you haven’t heard it yet, what are you waiting for? Go stream it right now!