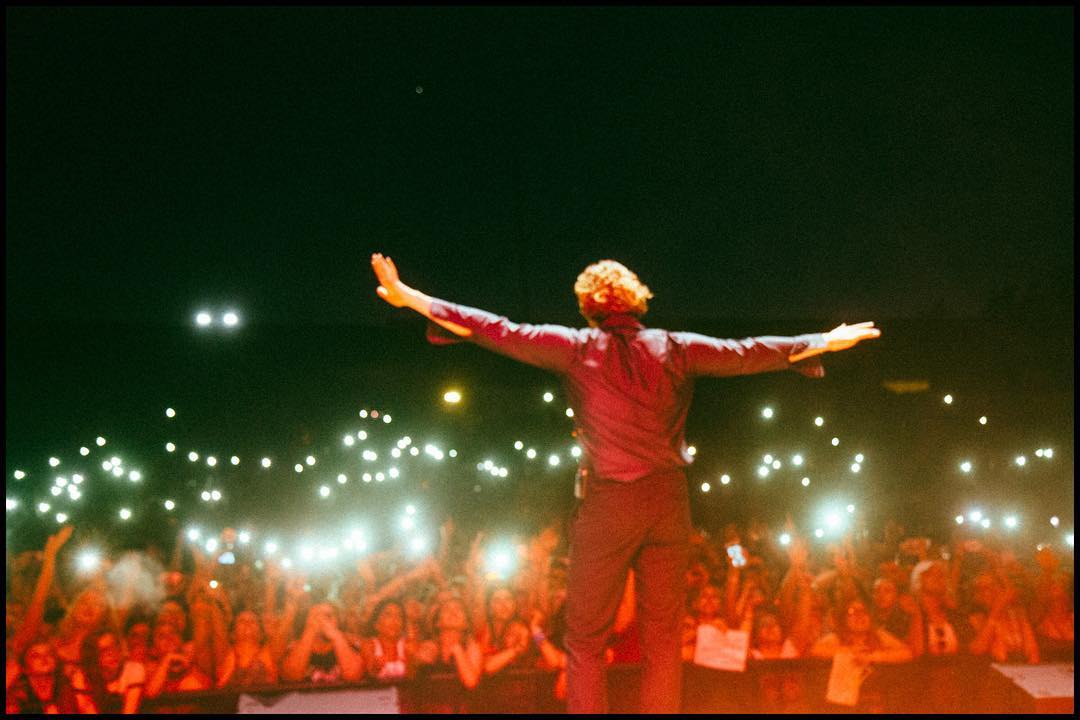 As 5 Seconds of Summer becomes a household name, they quickly sold out venues around the world for their Meet You There tour accompanying their newest album, Youngblood.   As a fan of the band for 5 years and seeing this show in particular 5 times, this is their best performance thus far.

You can tell the band has grown and evolved immensely with this third album, and their stage presence has grown along with it.  Owning the stage and making everyone have the time of their life, every show was like experiencing it for the first time again.

Starting off with a song off the deluxe edition of Youngblood, the band opens up with “Babylon.”  With Calum Hood leading on vocals, this song was the perfect opener to the tour setlist with it’s rock vibes and the amazing light show that comes with it.

Flowing straight into more high energy tracks the band kept their fans on their feet with “Talk Fast” and “Moving Along.”  Most songs on the set-list are from the newest album, even though they made sure to include some old fan favorites.

Before moving into the ultimate bops, “She’s Kinda Hot” and “Girls Talk Boys,” Luke Hemmings welcomes everyone to the show and sets the mood for the rest of the night!

“Ghost of You” and “Lie to Me” are definitely crowd favorites and had everyone swaying and crying their hearts out to the meaningful lyrics, slowing things down for a bit and giving everyone a few moments to catch their breath.

Many fans also loved that 5SOS brought back “The Only Reason” for this tour.  One of the more memorable parts of the show includes Michael Clifford on stage alone, singing his heart out to the first verse of the song before the rest of the boys support him back on stage.

The band goes far to make sure they interact with their fans, even Ashton Irwin takes time to read fan signs and interact with the crowd all the way from the drum kit in the back of the stage!  Being the first one on the stage for the opening and also the encore, Irwin brings the energy 24/7.

As fans chant the band’s name repeatedly the venue is completely black and the energy is through the roof.  Irwin re-emerges, dripping sweat, to finish out the show as fans scream before they close out with their two biggest songs, “Youngblood” their headlining single of the album of the same title and “She Looks So Perfect” their first single off their debut, self-titled album.

Fans that have had a chance to see the show, agree that this is their best one yet!

If you have a chance to catch a show of the Meet You There tour, grab it!  It’s one you definitely don’t want to miss!  Check out the full set-list below and the video for 5SOS’ new single “Valentine.”

Have you been to a show for the #MYT tour?? Tell us about your experience in the comments below or tweet us @soundigest!