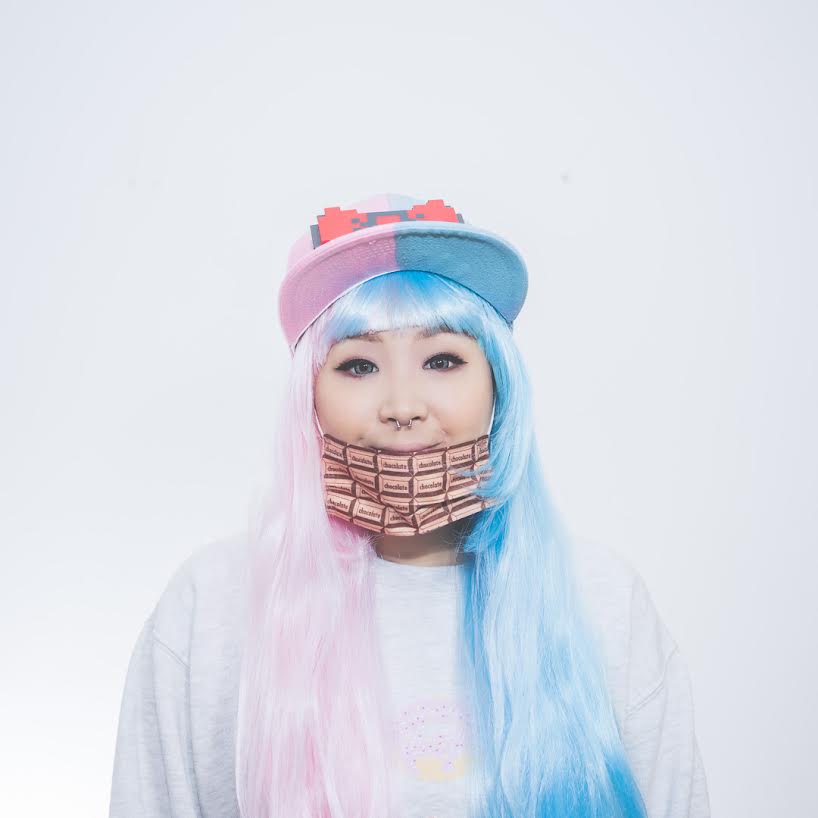 We got a chance to talk to DJ and songwriter, MYLK, about her infectious summer hit that has been making its way around the internet, and what fans can look out for in the future!  Known for her Kawaii-inspired music with EDM vibes, MYLK has received over 500,000 plays on Soundcloud alone, and over 3 Million views on YouTube.

What inspired you to get into music?

I started music from the age of 4 from playing the violin, so I’ve always been interested in music. I was making little mixes and edits around the age of 15 but soon to realize that I wanted to compose and actually produce my own creations. Music was my escape and my happy place when I was going through tough times.

What other artists inspire your work?

I’ve always been inspired by Yasutaka Nakata’s work such as “Kyary Pamyu Pamyu,” “Perfume” and “Capsule.”  My friends who also produce music inspire me and have motivated me through my journey. I also love PC Music and various artists from Maltine Records. I don’t usually listen to one specific genre or artist on a regular, I like stumbling across random music most of the time and without realizing, I think a lot of the music I do stumble across inspires me in some way or another.

If you had to describe your sound to someone who has never heard your music, how would you do so?

.s of future bass or jersey club. It’s hard to describe my music because I don’t even know myself to be honest hahaha! Whenever I produce music, I just go with the flow and do what feels right at the time, I don’t “pre-plan” much with my music.

What is your recording process like?  Walk us through the process of mixing a new track.

It depends on the track, sometimes if I’ve already produced a solid melody/structure then I start writing over that or think of vocals over it. But actually most of the time, I come up with vocals first – in most cases I’d have a melody or vocals stuck in my head. I’d hum it in my phone so I don’t forget and then record my vocals first, then work the song around my vocals. I don’t have a fancy set up, I want to invest in new equipment hopefully sometime soon.

As of now I just have an AT2020 microphone, I fix up my vocals on Melodyne and I process them through various plug-ins (incl EQ/Compressor/De-esser/Phattner). Mixing wise, I start very low like -15db per track, every track is EQ’d so all the components have its own space somewhere in the spectrum. I use various plug-ins depending on what I’m doing on that track.

I have to listen to my track over and over again, so it feels and sounds right. I have monitors but I do most of my mixing through my headphones as I know that my monitors are overly subby in general (also I don’t want to annoy my neighbours!)

You just released your new single, “Waffle Wave”, where did you get the inspiration for this track?

I’ve been a fan of SOPHIE’s work and I’ve always wanted to create a track inspired by SOPHIE with my own twist of course.

I always love making complex and super melodic stuff but I had an interest in SOPHIE’s minimalistic yet energetic and melodic type of style, and I wanted to experiment with it!

I’ve heard that you’ve collaborated with various electronic producers, who has some of your favorite collabs been with far?

I don’t have a specific favourite, every collaboration has been an amazing experience in their own way! If I had to pick, I loved collaborating with Feint – he’s one of my closest friends and not only that the track is on Rocket League but the track itself has sentimental value to me.

You also sound design and compose for a video game?  Can you tell us a little about that?

The game I did sound design for was called A Pixel Story.  It was challenging because its concept was a platform game that went through different gaming eras— 4 generations specifically. I had to make 4 different versions of all the sounds and on top of that I created 28 soundtracks.

There was a lot of referencing/re-doing/re-building/reviewing so it took over 2 years. I learned so much from it and I always have a soft spot for chip-tune/VGM music so it was super fun creating chip-tune based music for the earlier eras of the game.

I have collaborations to finish and I have an upcoming EP soon! Waffle Wave was just the taster to it 😀 I’m planning to move on with a second EP eventually as I know which tracks I want to put in it – it’s just a matter of finishing them all! I’m also going to work on a sample pack so keep your eyes peeled for that too!

Listen to “Waffle Wave” on Soundcloud below: