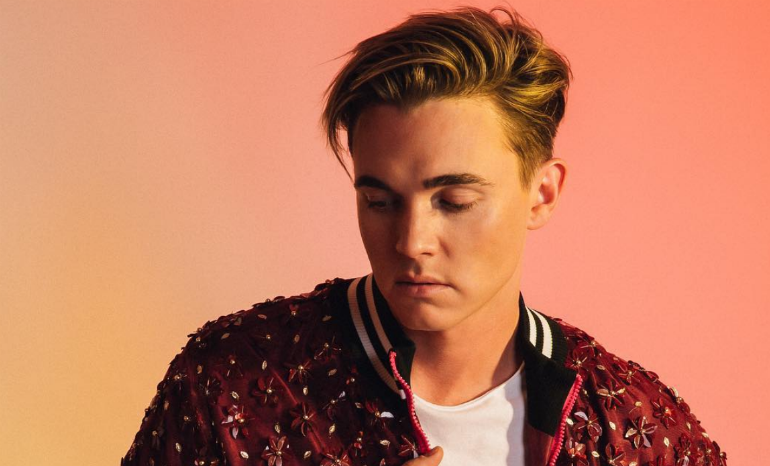 Last Friday, Jesse McCartney dropped his new single, “Wasted.” He has been teasing the song for quite some time. Over the summer, he performed it live on his Better With You Tour at each show.

“Wasted,” as the song implies, is about a girl who only calls McCartney when she’s wasted. McCartney gives in every time she calls, but he wants more out of the relationship from her than just drunken nights and tells her “we should be taking this places/but you only call when you’re wasted.”

After fans had positive reactions to the song, McCartney decided to release it as his second single, after “Better With You” dropped this summer. McCartney is currently releasing music under his own label, Blue Suit Records. You can check out a video below of McCartney performing the song live at his tour over the summer.

“Wasted” is a playful, upbeat song that has an infectious beat and catchy lyrics. I had the privilege of hearing the song at McCartney’s New York City tour date over the summer. Along with two other new songs that he debuted, “Wasted” stood out as a song that I could see succeeding on mainstream pop radio. It’s also a song that sounds incredible live with the band and the amount of energy McCartney brings to the stage.

McCartney also announced alongside the single’s debut that he will be hitting the road again in 2019 for The Resolution Tour. So far, only US have been announced and tickets go on sale on September 18th.

Excited to be getting back on the road! The #ResolutionTour will begin in January of 2019. Find me in your city, tickets on sale soon. Sign up for first access to tickets at https://t.co/nAzBz5JcbZ pic.twitter.com/haX67d9EqS

In addition, McCartney went live on Facebook on Wednesday, September 12th. In the live video, he talked about “Wasted,” his upcoming music collection, and answered fan questions. He promised that the new collection of music will be out later this year or sometime next year, which would go along well with the dates of The Resolution Tour. He also explained that since he and his team are releasing music under their own label that the process of releasing music is taking a bit longer than usual.

“Wasted” is now available to purchase and stream on all platforms. Check out the track and let us know what you think in the comments or by tweeting us @Soundigest!