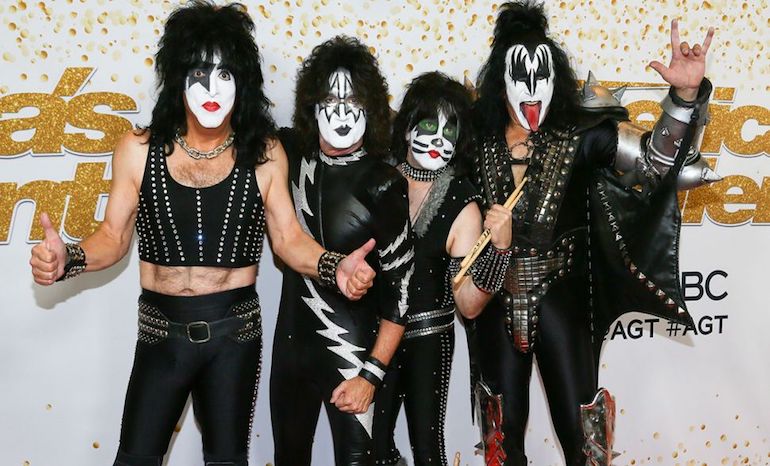 Legendary heavy metal and hard rock band KISS announced their farewell tour on America’s Got Talent and through social media last Wednesday. The exact details on the final run, lovingly named the End of the Road World Tour, are yet to be released, but their website promises that more information will be shared soon.

In a statement to Billboard, the band wrote, “all that we have built and all that we have conquered over the past four decades could never have happened without the millions of people worldwide who’ve filled clubs, arenas and stadiums over those years.” This is an understatement. KISS has been taking over the world since 1973, and after 45 years of incredible performances, it’s hard to find anyone in any generation who hasn’t heard of the band.

“This will be the ultimate celebration for those who’ve seen us and a last chance for those who haven’t,” continues the band. “KISS Army, we’re saying goodbye on our final tour with our biggest show yet and we’ll go out the same way we came in… unapologetic and unstoppable.” This is a big promise from the band, but a promise that they are sure to keep.

As we wait for the tour dates for the End of the Road World Tour to be released on the band’s website, we think back on KISS’ iconic career, from songs like 1982’s “I Love It Loud” and 1976’s “Beth,” to their characteristic makeup and over-the-top performances, to their Rock and Roll Hall of Fame induction in 2014.

Will you be seeing them on their last run as a band? It’s definitely something no one will want to miss. Stay tuned for more information from the band, and look back with fondness at the impact that KISS had on music throughout their powerful career as a band.