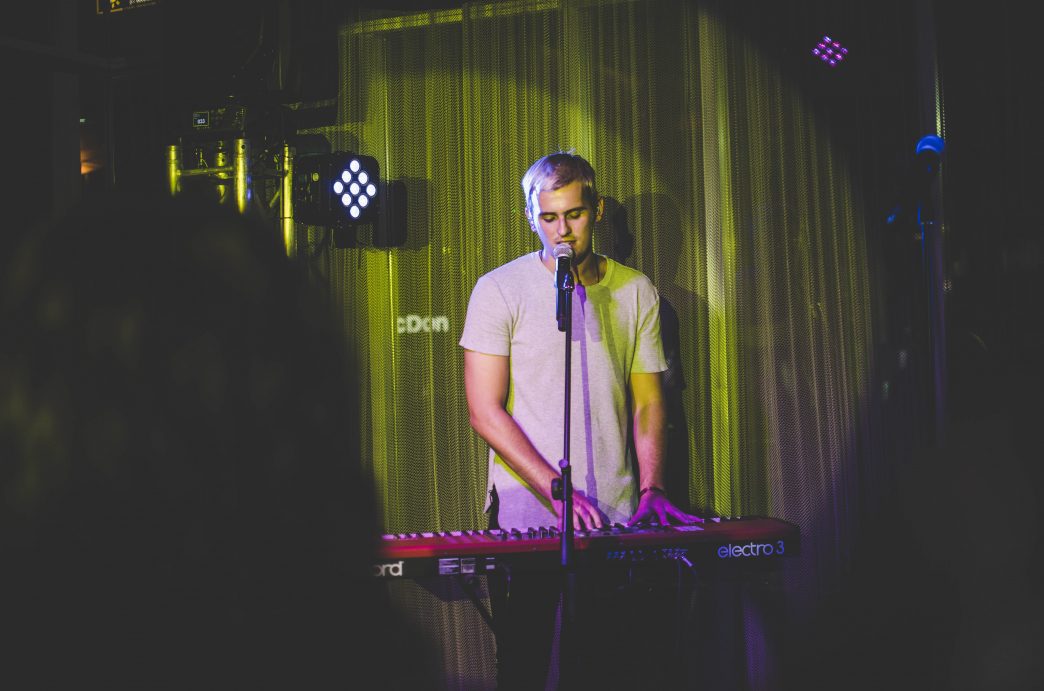 Songwriting and singing sensation STANAJ could be seen soaking up the sun in Costa Rica recently and performing on the Project: Aloft Star 2018 tour. The powerhouse vocalist quickly rose to fame after a social media debut at a karaoke bar, which lead to his viral Instagram photo with Drake. Becoming friends with Drizzy (and playing piano in his mansion) is only one of many examples of superstars he’s garnered attention from. Chris Brown and Kim Kardashian West have shown the rising star love on social media, and he’s also gained nationwide cred by performing on The Tonight Show Starring Jimmy Fallon and touring with JoJo and Jessie J. The New York-born Albanian-American artist released The Preview in 2016 and clocked 100 million Spotify streams with album hit “Romantic” remix.

Congratulations on your new single! How did that song come about and what was it like working with Ty Dolla $ign?

Thank you! So with “Dirty Mind” it was actually kind of a pretty cool story. I usually write probably 95 percent of my music, but this song I actually didn’t write. I actually just heard it and it was the first time in a long time that I heard a song that I hadn’t written that I was like damn, I wish this was my song! So when I heard it I looked at my brother and I was like, I want this song. It was a competitive song. There were a lot of artists that wanted it. I ended up getting it and cutting the vocals and I had the song in my email, and I looked at my brother and I was like, ‘should I just send this to Ty Dolla $ign?’

I met [him] about a year back, but like we weren’t the closest friends just yet, so I was a little nervous. Like, is he gonna think I’m just asking him for favors and stuff? I was so nervous! So I sent him the song with an open bridge and I was like ‘hey, if you like it, do you wanna throw something down?’ And he always responds so fast to me. Always, always, always. But this time I had no response for a couple hours, so I’m getting a little nervous. I’m like, ‘oh my God, he hates the song!’ And the next thing I know, I’m getting a FaceTime from him and he’s in Vegas at the Palms Casino Resort, there’s a studio in there, and he’s just holding up the FaceTime and his verse is playing in the background! It was super, super cool and he’s really easy to work with. So the song just kind of came out of nowhere. I showed up to Republic Records and was like BOOM! “Dirty Mind,” next single.

So once you heard the song you immediately thought of Ty for a great feature.

Honestly, yeah. I’ve been a huge fan of his for a long time and last year I had the opportunity to perform with him at Ultra Miami. That’s where I met him the first time and we were just making small talk and he was like, ‘Man, take down my number and let’s talk music.’ He’s just one of the most versatile hip hop artists in the game and everyone was like, ‘you should do a feature,’ so I was like, why not with him? He could do really anything. So once I heard it, I wanted him on it.

That was something! I mean, when you’re filming any music video it can kind of get hectic. There’s timelines and there’s so many people working on the set, but this one was pretty easy. Ty’s great to work with and the crew and everybody was so much fun. It felt like a party. It was just like friends coming together and we had such a good time.

Does this new single mean we can expect a full project coming soon?

Yes! I’ve been locked up in the studio for the whole summer pretty much. I cant give out too much information, but there is gonna be something coming out.

You’ve also been touring with Project: Aloft Star 2018 tour. How has that been?

I remember the first time I performed for Aloft in Napa Valley and it was one of my favorite shows I’ve ever done. It was small, it was quaint, maybe 150 people, but you guys have showed me so much love and since then it’s been awesome.

The tour is meant to showcase new and exciting artists, have you met anyone cool through Aloft shows?

Yeah, actually from that performance I met Mike Posner and then a lot of new artists. Showcasing a new circuit of artists is always one of the coolest things to do, so once I found out that Aloft was going to do that I was on board from the get-go. I think to be able to see everyone that you’re coming up with in this game is great.

Are you working with any potential features right now for your upcoming album?

I do have people that I am working with in far as features, but I can’t give away too much information just yet. But there will be features and there are a lot of awesome, talented artists that I would love on the project that we haven’t even reached out to yet.

Who would be your dream collaboration?

I respect so many artists out here and I think they’re extremely talented, from Justin Timberlake to Drake to Ed Sheeran to Rihanna. They’re all so talented. But I guess for me to fulfill one of my childhood dreams would be a really dope collaboration with Justin Timberlake.

Besides working on your album, what else have you got coming up?

When you’re going into album mode you kind of go ghost. I haven’t even really been on social media. You really focus and you kind of turn off your phone and you’re writing and recording, so it’s really hard to do much during that. But I guess in 2019 there’s gonna be more shows and more things, and once the album comes out there will be promo and tours. So, 2019 will probably be a good year!

So are you looking at early 2019 as a release date for the album?

My goal is before then. I think that [2019] would be like the latest, so hopefully before the holiday season. Before Mariah Carey takes over the radio [laughing]. And doing these shows, there’s gonna be a bunch of stuff like that. So pretty much it’ll be all live stuff for the beginning of next year.