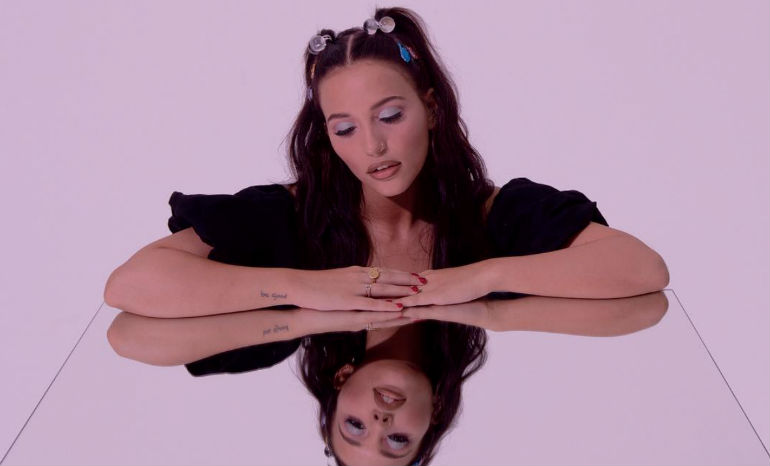 Lennon Stella is starting out her solo career with a bang and a bop. Last Friday, Stella released “Bad,” the second song from her forthcoming EP with Columbia Records. You might know the Canadian actress/singer-songwriter from her work on ABC’s Nashville, or as being one half of the country-pop sister duo, Lennon and Maisy. However, after Nashville announced its final season earlier this year, Stella took the opportunity to focus on her personal music.

“Bad” is a vulnerable and honest indie-pop track that takes Stella’s sound to a new level. The song details a “too good to be true” relationship in which Stella realizes she’s been cheated on and taken advantage of for six years. Yikes! The groovy, ethereal melody pairs perfectly with the difficult and conflicting emotions Stella conveys through her lyrics.

In an attempt to reclaim her power and mend her own heart, Stella admits that the break-up would’ve been easier to justify and come to terms with had this person shown his true colors all along. She invites listeners into her mind, post-break-up, as she outlines the all-too-relatable experience. Her raw vocals add depth and hard-edged texture to the already heartbreaking lyrics.

Stella has received major positive feedback from fans, and has expressed her gratitude though multiple posts to Instagram:

“Bad” is everything you could ask for in a comeback/clap back track, and Stella’s newfound confidence and independence is the cherry on top. We’ll have this track on repeat this week!

You can check out the music video for “Bad” below and stream or download the single on iTunes and Spotify. Happy listening!