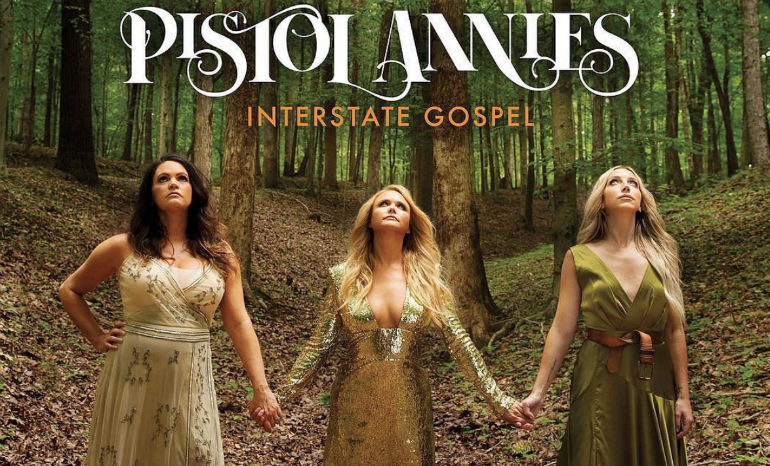 Have you missed Pistol Annies? We sure have! The country trio comprised of Miranda Lambert, Ashley Monroe and Angaleena Presley have new music on the horizon. Their new album Interstate Gospel will be released on November 2nd. It’s the group’s third album; the most recent since 2013’s Annie Up.

The group fled to social media to tease new music to their eager fans for the last two weeks, whether that meant holding a contest to fly fans in for some upcoming concerts…

Those fans who received a postcard could post about it on Instagram using the hashtag #PistolAnniesAreBack to piece together some clues!

Ultimately, the news of their reunion was revealed on September 26 in Nashville, Tennessee. Lambert currently has a residency at the Country Music Hall of Fame Museum and she utilized her final show to unveil some new Pistol Annies songs! Monroe and Presley joined her on stage for a surprise Pistol Annies concert, playing tracks from their first two albums as well as three new songs: “Interstate Gospel,” “Got My Name Changed Back,” and “Best Years of My Life.”

“We’re three girlfriends that live a lot of life. We’ve got ex-husbands and husbands and babies and family things, all the things that you deal with in life,” Lambert explained at the show.

A lot has happened in the personal lives of the Annies during their five year hiatus, which will be heavily discussed on Interstate Gospel. Lambert divorced from husband Blake Shelton in 2015, dated singer Anderson East until early 2018, and then reportedly started dating Evan Felker of Turnpike Troubadours, who opened for her on her tour earlier this year. Monroe got married to Chicago White Sox player John Ranks in 2013 and gave birth to their child in 2017. Presley is pregnant with her second child and is due this upcoming January.

In anticipation of Interstate Gospel, Pistol Annies will be performing their new songs at just three upcoming shows: Ryman Auditorium in Nashville on October 25, The Town Hall in New York City on November 2, and The Novo in Los Angeles on November 7.

We’ve been looking forward to new music from Pistol Annies and we’re so excited that their new album will be released so soon! Check out the title track below and let us know what you think!