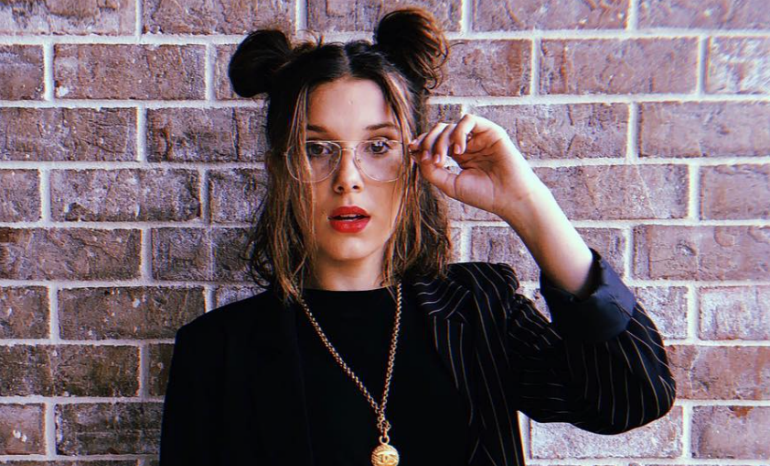 You guys… can Millie Bobby Brown be any more talented?! Last weekend, 14-year-old Stranger Things actress surprised the crowd at a Maroon 5 concert by joining the band on stage for their chart-topping single, “Girls Like You (feat. Cardi B).”

Brown strutted down the catwalk at the Bridgestone Arena in Nashville, Tennessee with Adam Levine by her side, and gave a full-out performance of Cardi B’s rap verse in the hit single. Maroon 5 fans went wild for the unexpected celebrity guest.

Brown took to Instagram to share her love and appreciation for the experience: “soooo tonight was insane!!! I love @maroon5 and my dear friend @adamlevine,” she wrote.

Maroon 5 sent love right back to Millie via Twitter, writing, “Living for moments like this. Thanks for popping by to sing #GirlsLikeYou with us @Millestopshate.”

Living for moments like this. Thanks for popping by to sing #GirlsLikeYou with us @Milliestopshate pic.twitter.com/Tdgbobi3WU

Brown’s appearance at the concert wasn’t completely out of the blue, though. The young Hollywood star is featured in the “Girls Like You” music video along with numerous other prominent women who are at the top of their game in their respective fields. The video has garnered over 930 million views on YouTube since its release earlier this year, and has received massive acclaim and attention.

This is also not the first time Brown has showed off her rapping skills. In 2017, she took to the mic on Late Night with Jimmy Fallon and wowed fans with a verse from Nicki Minaj’s “Monster.” The Late Night host was so impressed that he invited her back onto his show to perform a Stranger Things– themed rap.

It seems like there’s nothing this girl can’t do!