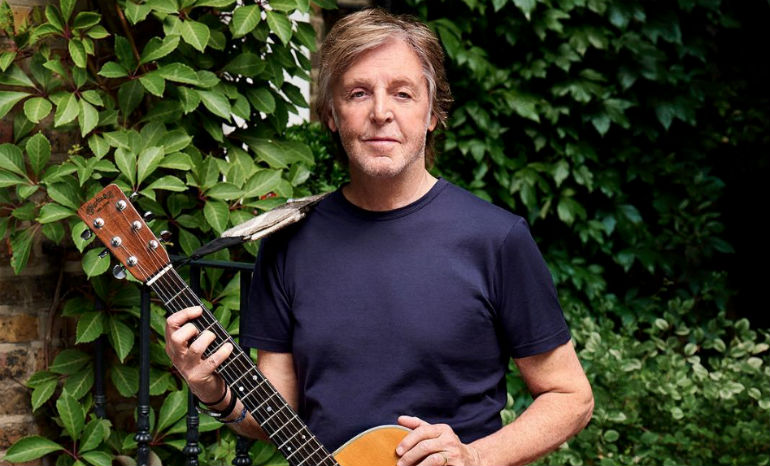 McCartney himself has eight grandchildren, who call him Grandude. He explains in his book announcement tweet how one of the grandchildren called him Grandude, and it just stuck! The premise of the book stems from this nickname, and becomes the name of the character as well.

"I wanted to write it for grandparents everywhere – and the kids – so it gives you something to read to the grandkids at bed time…" Find out more about Paul's forthcoming picture book HERE: https://t.co/deHEwITfDV pic.twitter.com/hUCgP9IKdM

The story itself is about Grandude and his four “Chillers” that go on magical adventures together. (Chillers is what he calls the grandchildren). McCartney discusses how he wanted to create his character for all grandfathers, as a way to spend time with their grandchildren, and read them a book at bedtime. The book illustrated by Canadian artist Kathryn Durst is set to be published in September 2019.

This will be McCartney’s next major venture. His most recent album Egypt Station was released earlier this month. McCartney is also set to go on tour in 2019 as well. He was also featured in the latest 60minutes, where he spoke about a broad scope of topics– everything from how he writes music to his relationship with John Lennon.

Watch McCartney’s announcement video here, and look out for Hey Grandude in September 2019.

"I’ve written a new children’s picture book. It’s called Hey Grandude! Why? Well… I’ve got eight grandchildren…"
Hey Grandude! will be published next September by @PuffinBooks in the UK and @randomhousekids in the US. Pre-order HERE: https://t.co/YIRHai7aTu pic.twitter.com/dFDC5zRDQ0