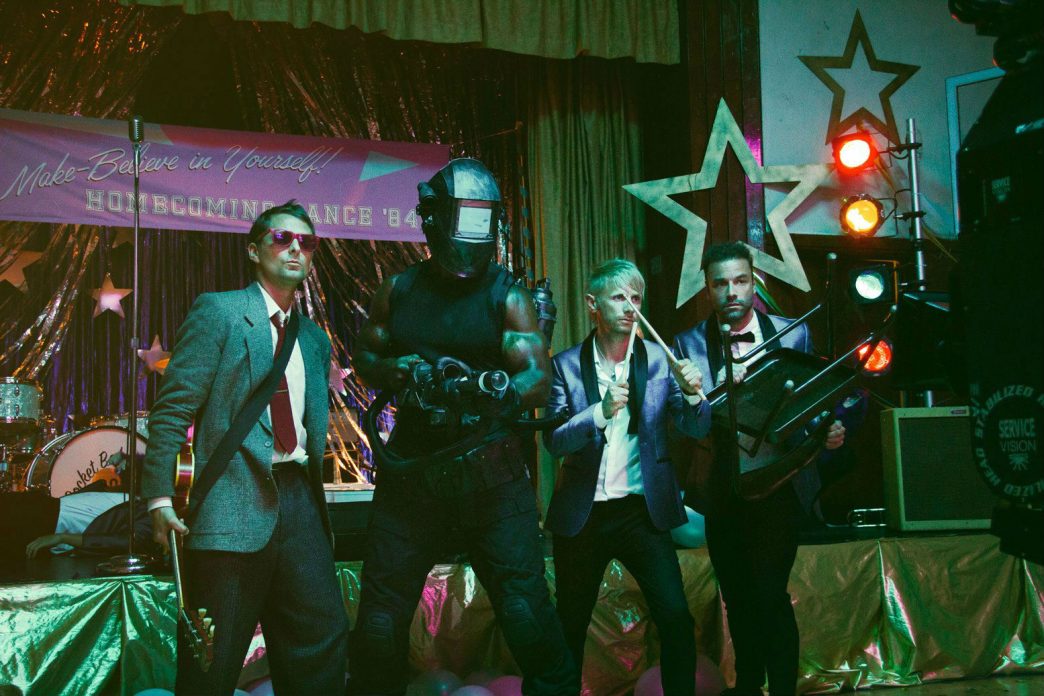 Do you love ’80s flicks? If so, you’ll love Muse’s new video for “Pressure.” “Pressure” is the fifth music video released for the band’s upcoming album, Simulation Theory. After strapping on some virtual reality goggles, Muse takes their fans into another visual experience. The band is really having fun with fusing futuristic styles while paying homage to arts and culture of the past this album cycle. “Pressure” is not any different as viewers are taken into the scenes of a ’80s high school prom. And the best part is, Terry Crews is the principal! When Muse finally takes the stage as the battle of the bands winners, the real party begins. Students are breakdancing and even doing bike tricks on the dance floor.

The real twist happens when a couple tries to get away from the crowd in the school gym. When the teens are finally alone, they end up accidentally causing a chain of events creating a mutant guinea pig. Good thing Terry Crews has a secret lair with a Ghostbuster’s style device to ward off the monster. In the end, it is just the band, Terry, and a few students left standing. The Pressure video is only 5 minutes, but it plays out like an entire film.

What really makes the music video special is all of the references that would make any ’80s film fan smile. Muse’s performance looks like a clip from Back to the Future and the whole dance looks like a scene from Footloose. The director even included the feet dancing shot from The Breakfast Club! Other movies get nods throughout as they really made sure to hit every ’80s cliché. Even the cast costumes were on point and colorful, just as one would expect if they were to step into a time machine.

The colorful theme and crazy, but funny storyline really fit the vibe of “Pressure.” It’s an upbeat song and it really feels like classic Muse with funky and invigorating guitar riffs. Additionally, the video fits the other ones released this year. With all the neon colors and references to old video games, music, and movies, Simulation Theory is sure to be one for the books. Muse is a band that really takes pride in every aspect of their albums fitting together aesthetically. The “Pressure” music video just increases the hype for more videos and songs in this story. Luckily, the album is out in November and maybe we’ll even get to see “Pressure” performed live on stage sometime soon!