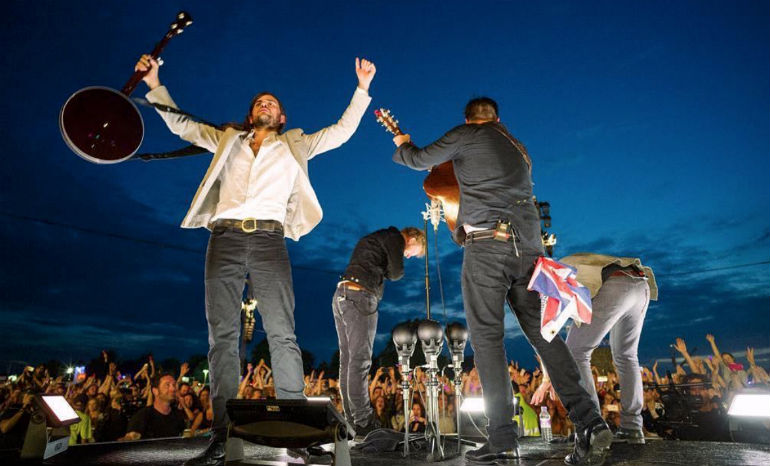 Listen up, Mumford & Sons fans! We’ve got some BIG news! Let’s be real… it’s been quite some time since we’ve heard any buzz from the band. Their last album, Wilder Mind, was released almost three years ago, back in 2015. Recently, the British four-piece announced their forthcoming LP, Delta, which is set to drop on November 16. If new music wasn’t enough to excite fans, they also just announced a huge arena world tour in support of the album.

The Delta tour kicks off the same day that their album drops and consists of 60 dates worldwide. It begins in November of 2018 and will continue well into May of 2019, with the strong possibility of headlining some festivals over the summer.

The path of the tour moves throughout Europe, then hops over to the states, and then heads to Australia and New Zealand. Oh, but that’s not all! The tour comes back to the U.S. and then returns to Europe again before the last show. The band even said themselves that more dates will be announced in the future. Whoa. So, what about opening acts? Well, some shows will be supported by Maggie Rogers, and others will be supported by Michael Kiwanuka, Leon Bridges, and Sam Fen.

Mumford & Sons sound like they’re determined to make the Delta tour their biggest and best one yet. The tour supposedly has a “groundbreaking” in-the-round stage design. They described the big news on their Instagram saying that the Delta tour is “the most extensive & ambitious tour we’ve ever done. Traveling the world & playing shows was our initial, and remains to be our primary, purpose as a band. The Delta tour is going to be everything & we are going to leave it all on the floor.”

Fans in the U.S. can register to be part of Ticketmaster’s Verified Fan program for exclusive pre-sale tickets, or wait for the public on-sale on October 12. Check out the tour daters HERE: