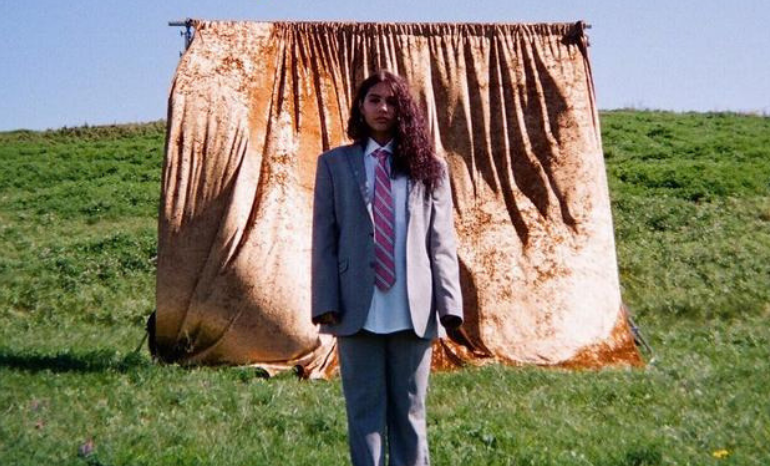 Alessia Cara’s world just got a lot brighter, and she’s sharing her refreshed outlook on life with a new song entitled “Trust My Lonely.”  This is the second single off of Cara’s forthcoming self-written sophomore album, The Pains of Growing, which follows her 2015 debut EP.

“Trust My Lonely” is a bubbly pop track filled to the brim with empowering lyrics about letting go of a toxic relationship. The song’s rhythm is like the steady pulse of a heartbeat, underscoring Cara’s defiant, yet levelheaded, approach to the pain of her past. The track strikes a perfect balance between vibrant youthfulness and mature self-affirmation, leaving the listener feeling uplifted and inspired.

Cara starts the first verse by addressing her rocky relationship head-on and accepting how much it had hurt her. “It’s time I let you go/ I made the mistake, go writing your name on my heart/ Cause your colors showed/ But it was too late, you left me stained, called it art.”

She then goes into the chorus with audacity, asserting that her life is better and brighter without all the negativity and toxicity from the relationship. “Go get your praise from someone else/ You did a number on my health/ My world is brighter by itself/ And I can do better, do better alone.”

Upon the release of the song, the Grammy award-winning artist gave some insight on what the song means to her.

Cara went deeper into why she wrote “Trust My Lonely” in an interview with Refinery29, clarifying that she initially wrote the song about her insecurities. “It was at the beginning of the album writing process, and I was insecure about writing on my own so I came up with the concept of trusting your lonely, trusting yourself without anybody else,” she explained. “I thought, what would I say to the insecurities and negative thoughts in my head if they were a person?”

The message is something everybody can relate to. We all, at one point or another, grapple with the complicated decision of letting things go that no longer serve us, whether they be people, fears, or insecurities. “Trust My Lonely” reassures us that not only will things be okay after we part with the negativity in our lives, but they will be better.

You can now stream and download “Trust My Lonely” on iTunes and Spotify, as well as watch the music video below. Also, be on the lookout for Alessia Cara’s new album, which is expected to drop later this fall!