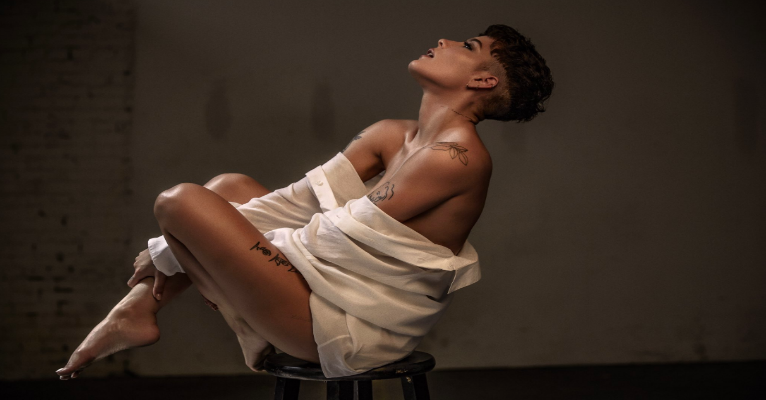 “I think that’s what I’m kind of getting at. It’s like it’s not protected by some character or some subplot. It’s like this is really me talking about my life. It kind of gave me like an existential crisis as an artist a little bit because for so long I’ve prided myself on being an artist who’s authentic and writes about her life and all that stuff. And then I made this, and I felt just how bad it hurt.” Halsey explained in her Beats 1 interview with Zane Lowe.

Some very special songs demand to be given life. This was one of those for me. 💕 #WithoutMe https://t.co/b0CqpNk01T

Halsey revealed how deeply she felt about the whole process of the song, saying she “cried the whole time” while recording “Without Me,” but now, she feels “proud and empowered,” she revealed on Twitter. She also added that this song will not be included on an album because it is its own record.

“No wig, no colorful hair, no character, and it’s about my life and about my relationship that the world has watched so closely and so vehemently in the past year and a half. My fans are really going to be like whoa [at] all the video content. Everything behind the song is just me. It’s me in a white T-shirt, with normal hair, singing to the camera. No character, no cinematography, no gunfight or car explosion.”

Without Me is out now. Here are my insides. Handle them with care. https://t.co/MG2LgYJgsN pic.twitter.com/41aiOtt0td

“Questioning your purpose and your effort in a relationship can be confusing and draining, but it’s important to self-reflect and know your worth and value,” Halsey explained.

In the bridge of the song, she samples a bit of Justin Timberlake’s “Cry Me A River” using the lyrics, “Does it ever get lonely/ Thinking you could live without me?”

For those of u asking it’s not a true sample. I just use a lyric from the CMAR in the bridge because I felt like the song had CMAR vibes! It’s not actually a direct sample 🖤 https://t.co/DjG3qk23Md

Listen to Halsey’s new single “Without Me” HERE:

One thought on “Halsey Releases Brand New Track “Without Me””