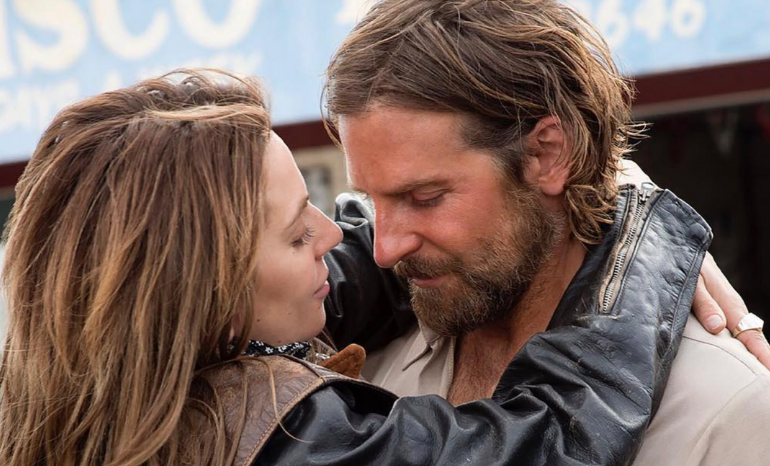 Lady Gaga recently made her big screen debut in the remake of A Star is Born alongside Bradley Cooper, who not only starred in the flick, but also directed it! The pair, in a way, had a bit of a role reversal, as it was Gaga’s first time acting in a major motion picture and Cooper’s singing debut.

Although we’d never doubt Cooper’s vocal ability, we certainly didn’t expect his voice to sound as warm and smooth as it did on the soundtrack. Let’s just say we were pleasantly surprised by his voice and the way his smooth tones blended with Gaga’s powerhouse pipes.

If you’ve listened to the soundtrack, you already know that it’s extremely passionate, making us forget that a movie ever went along with it! There’s truly a song for every listener, with genres ranging from soft acoustic ballads to hard rock to country songs, and there are even a few upbeat pop songs to really round out the diverse tracklist. You can even catch Gaga singing a cover of the classic French-titled song, “La Vie en Rose.”

The soundtrack has been doing amazing on the charts ever since its release, earning Cooper his first spot on the Billboard Hot 100 chart with his and Gaga’s duet, “Shallow.” Some of the tracks, including that one, were even co-written by Gaga herself! Cooper co-wrote a few songs as well, including “Maybe It’s Time,” which is a soothing acoustic tune played multiple times throughout the movie.

Overall, Lady Gaga and Bradley Cooper’s vocals shine through in every single song on this soundtrack, and you can truly feel the passion and emotion put into each piece. If you haven’t yet, we highly recommend you give this soundtrack a listen. It’s definitely one we’re going to have on repeat for a long, long time. Check out the soundtrack below, and be sure to leave a comment telling us your favorite track!