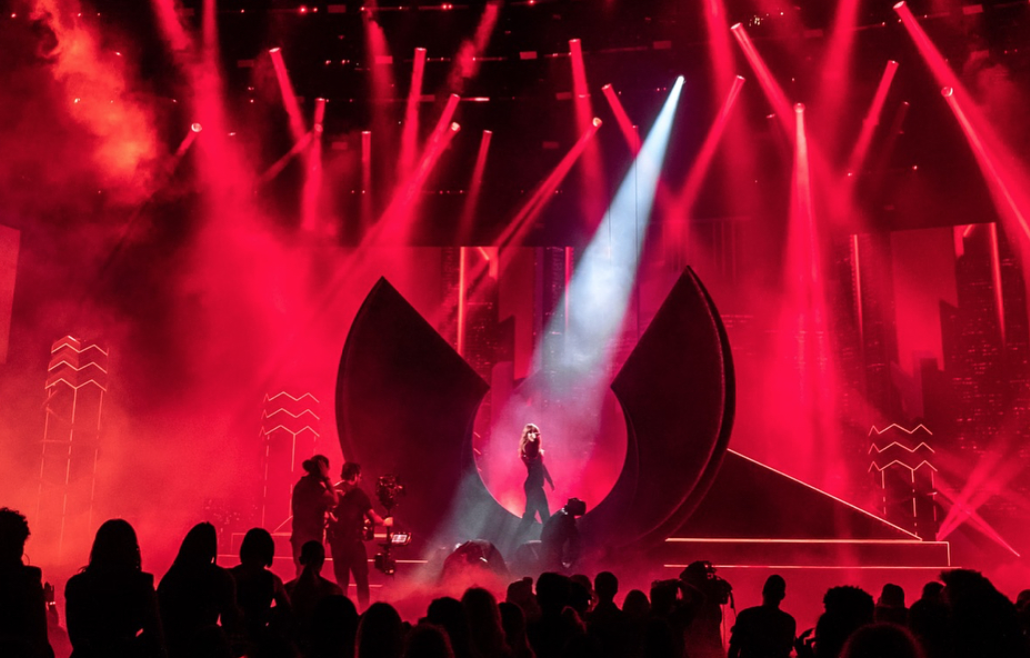 Taylor Swift gave one of her sassiest performances ever when she opened up the American Music Awards on Tuesday evening. This was Swift’s first award show performance in three years, and even after all that time she continues to showcase her growth as an artist and performer.

Taylor chose to perform the fifth song off of her latest album, reputation, called “I Did Something Bad.” The stage set seemed to reflect the song choice, lit with dim red lights and a an oversized snake as the backdrop. Playing on her lyrics, the pop star conducted her dancers “like a violin,” and even took pauses for evil laughs, snarls and sassy hair-flips. She’s nothing if not theatrical.

Swift wore a black and red bodysuit that sparkled against the light along with knee high boots. The once-country star even threw in some hip-hop choreography, proving how much she’s evolved since earlier eras of her career. We mean, she wasn’t kidding when she said the “Old Taylor” was dead.

The usually family friendly star also got bleeped on national television last night for the first time EVER. Taylor didn’t alter her explicit lyrics and sung them as they were meant to be sung. She proudly told the audience, “If a man talks sh*t, then I owe him nothing // I don’t regret it one bit, ’cause he had it coming.”

Swift ended the show with a giant snake in the background of her set along with some impressive pyrotechnics. Ultimately, these details made for a very fiery performance (literally) and highlighted the edgier side of Taylor, which is apparent on her latest record.

As always, let us know what you thought of Tay’s performance in the comments below or tweet us @soundigest with all of your thoughts!