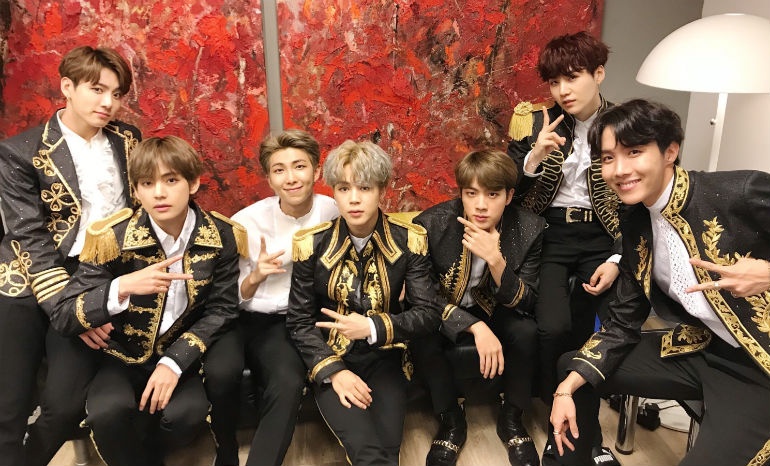 Play a historic show for 40,000 fans at Citi Field in New York? Check. Speak at the UN? Check. Win an American Music Award? Check. Land the cover of TIME Magazine? Check. As BTS continues to rack up accomplishments, the group is now set to dominate the big screen.

The K-pop boy band will make their feature film debut in Burn the Stage: The Movie, with limited screenings hitting theaters worldwide starting November 15. The movie will give audiences an intimate look at RM, V, Suga, J-Hope, Jimin, Jin and Jungkook‘s lives during their 2017 Live Trilogy Episode III: The Wings Tour, which drew more than 550,000 fans across 40 concerts and 19 cities.

Burn the Stage builds off BTS’ YouTube Red series of the same name, and will contain tour footage, as well as candid moments between the boys and brand new interviews. Tickets for the film will go on sale on October 22, and the ARMY is encouraged to sign up and learn more at  BurnTheStageTheMovie.com. Check out the poster below.

For those of you who don’t know much about the K-pop group, BTS is currently the biggest boy band on the planet, regardless of genre. The group topped the Billboard 200 chart not once, but twice this year alone with its albums Love Yourself: Tear and Love Yourself: Answer. They boys are currently on the European Leg of their Love Yourself World Tour. Obviously, there are tons of fans who are absolutely stoked about the upcoming flick! See?

WHAT IF GETTING ‘BURN THE STAGE: THE MOVIE’ TICKETS WILL BE THE SAME INTENSITY AS TRYING TO GET BTS CONCERT TICKETS?! 😱

Okay but can this movie please be out in theaters across the globe bc we deserve an HD movie on a huge screen and the promotion that entails. BTS’ story is honestly inspiring and I would love if more people knew how how hard they worked to be where they’re at.

Well, what do you think? Will you be buying a ticket and witnessing BTS’s cinematic debut? Let us know in the comments section below or tweet us @soundigest!

One thought on “BTS is Hitting the Big Screen in Burn the Stage: The Movie”