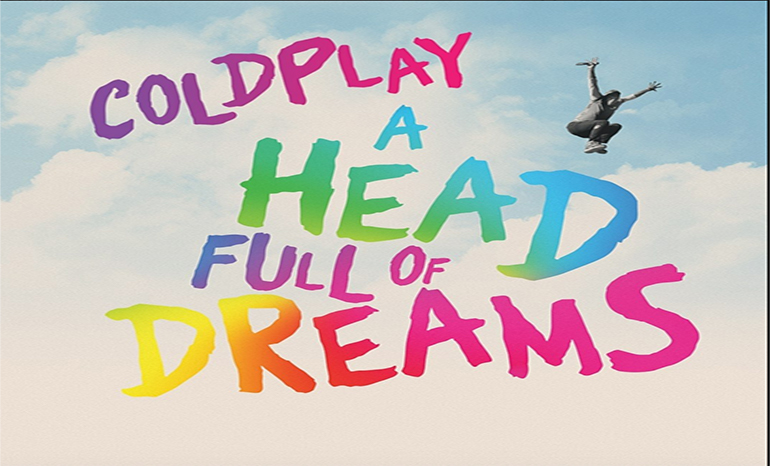 BTS isn’t the only band announcing a movie this week! Coldplay just announced a new documentary titled A Head Full of Dreams, which is set to be released next month. The documentary comes with 20 year’s worth of footage, documenting the entirety of Coldplay’s career. Whoa.

With a massive 20-year-long career, it’s no wonder that Coldplay is coming out with a documentary that captures it all. The movie will bring us back to the beginning and show us everything that led the band to where they are today.

A Head Full of Dreams was directed and captured by Mat Whitecross, a longtime friend of the band. Whitecross has directed other significant documentaries such as Supersonic and Sex & Drugs & Rock & Roll. Filming the band’s first student flat practice to their latest global stadium tour, there’s no doubt that the footage will show every side of the band and their impressive journey.

The documentary will be available to stream exclusively on Amazon Prime Video in the U.S., U.K, Australia and New Zealand on November 16. The online streaming version will have local language versions available globally soon after the release. Also, the film will be shown in 2,000 theaters across the world for one night on November 14.

Along with 20 years of success, Coldplay has become one of the biggest bands in the world to date. They have reached immense milestones, including performing at the Super Bowl Half Time Show in 2016. The Head Full of Dreams tour is also the third highest-grossing tour of all time. This documentary will really be able to show where the band came from and where it’s going next.

Check out the trailer for A Head Full of Dreams here: