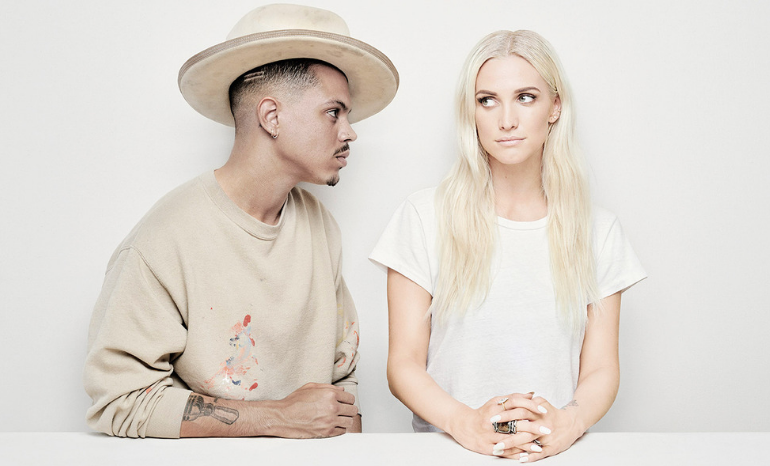 Unless you’ve been living under a rock the past few months, you’ve probably noticed that Ashlee Simpson and Evan Ross have been taking the entertainment world by storm. The celebrity couple kicked off their first reality show together, with a no better title than Ashlee + Evan, in the beginning of September, showcasing their journey through love, making music and raising a family.

It’s to no surprise that Simpson knows what she’s doing when it comes to music. After all, she was the punk-leaning pop star taking over the music charts ten years ago. After taking some time off to perfect her craft, and also dabble with acting, she has teamed up with her husband, Evan Ross, who has also dipped his feet into music—I mean, his mother is the one and only Diana Ross. The duo can be referred to as Ashlee + Evan, identically titled to their show and EP that dropped this past Friday, October 12.

Their music is much different than what they both have released previously. The EP has some R&B-leaning tracks, along with more guitar-driven tracks. Regardless of the sound and genre variations, their impeccable vocals stand strong, and we can’t wait to hear more from them! What we really can’t wait for is the upcoming intimate tour the duo will be bringing across the United States in January.

Interested in hearing Ashlee + Evan’s new release live? See if they’ll be in your city below because tickets go on sale today! Be sure to grab tickets ASAP, as these venues are all incredibly intimate.

One thought on “Ashlee + Evan: Taking the Industry By Storm”