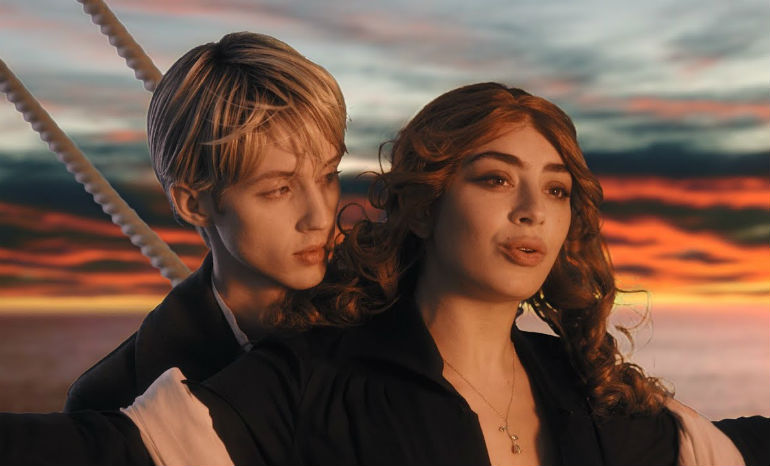 If you’ve ever had the urge to go back and revisit the ’90s again, you have to watch the new music video Charli XCX and Troye Sivan just dropped for their song “1999.” The video begins with Charli in 2018 hopping into a fancy Lyft and listening to the song on her fancy Beats headphones, all while sending some texts to Troye about wanting to go back to the decade of Furbies and Hit Clips.

The video then takes Charli back in time where we see her make a reference to Steve Jobs holding an old iMac computer. This video has so many iconic references to the ’90s including nods to films such as Titanic, American Beauty and also The Matrix.

Charli and Troye also make some amazing references to several iconic music moments of the
90s. In the video, Charli portrays all of the Spice Girls in one scene while Troye portrays all of the Backstreet Boys at the same time. Let us be the ones to tell you… it is EVERYTHING! The video and song also include references to TLC, Eminem, Britney Spears, Justin Timberlake and so many more. You seriously have to watch it to see how many ’90s references you can find!

While watching this video, you can immediately tell how much hard work and effort was put into making it. Charli and Troye did a great job recreating so many legendary moments from 1999, and they really got into character as they pretended to be all of those famous ’90s artists! If you haven’t watched it yet, we highly recommend checking it out, and don’t forget to let us know which ’90s reference from the video was your absolute fave.