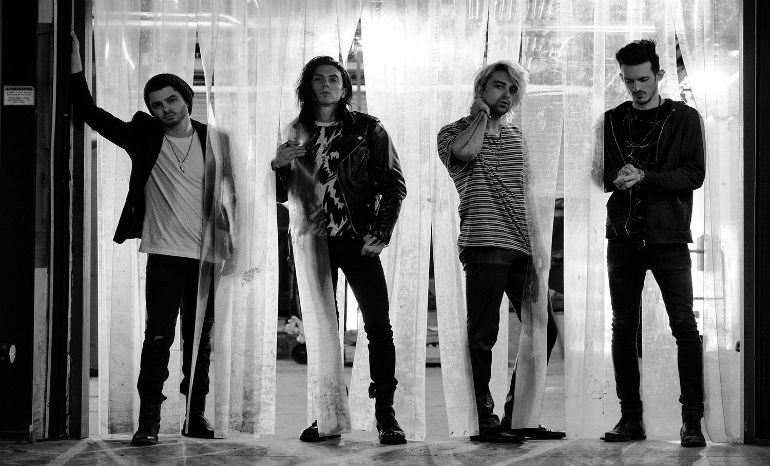 If you’re looking for your new favorite alt-rock/pop band, allow us to introduce you to Missyou! The New York City quartet consisting of members Blaise Beyhan, Omer Wald, Vincent Quinones, and Pete Valentini have been recently releasing songs from their first EP, YourBody. We got to speak with Missyou to discuss the band’s songwriting inspirations, tattoos, and more. Take a look!

Where did the name MissYou come from?

From a song I wrote. I liked the idea of longing and wishing for closeness.

Your lyrics show that storytelling is an important component for the band. Who are your songwriting inspirations?

We take a lot from film, books and art. We like songs to have a touch a smell and texture to them. I think some artists we all like who we think do this gracefully are artists like The Neighbourhood, The 1975, and Pearl Lion.

How did the New York City rock scene influence you?

It really didn’t. There is no scene. I wish that there was but I think most artists are not trying to cultivate community. They only seem to be out for themselves. Maybe we just haven’t found it yet.

The YourBody EP is very eclectic; “Child 44” is pop/rock/electronic, “Know It All” has a bit of rapping, and I feel that “YourBody” has a Nine Inch Nails vibe. Where did these sounds come from?

We try to let songs stand on there own, but tell a part of the story. I think all three of the things you mentioned are true –- we love electronic pop, and hip-hop and Nine Inch Nails.

Any touring in the works?

If you weren’t a musician, what job do you think you’d have?

I would work at Werther’s Original making butterscotch candy, ’cause then I could have as much as I want.

Name a song you wish you had created.

“Purple Rain” by Prince, or “Rap God” by Eminem.

If you could have any lyric tattooed on you, what would it be?

“None of us are getting out alive.”