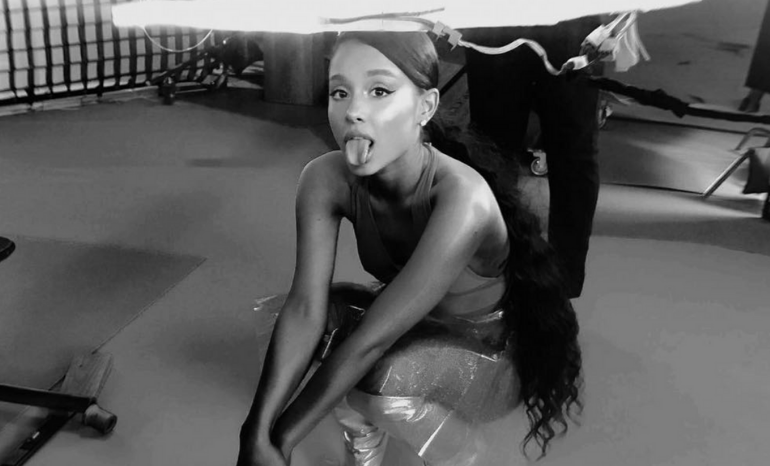 We all met Ariana Grande when she starred in Nickelodeon’s Victorious as Cat Valentine, followed by the spinoff Sam & Cat. Since then, Ariana Grande as gone to release four number one albums, has had ten top ten hits on the Billboard Hot 100, and remains one of the best female pop vocalists of our generation. With four albums of material, Grande has released some well-acclaimed music videos for her smash hits, as well as some songs that may not have been a single. Here are my top five Ariana Grande music videos.

Ariana Grande’s first single with Republic Records was “The Way” from her debut album Yours Truly. This however, was not her first single. While still on Victorious, Grande released a song titled “Put Your Hearts Up” that she later revealed she was not proud of. This video has over 35 million views and is an instant classic of Ariana’s discography.

Hands down, this is one of my favorite Christmas songs and videos. This music video shows off Grande’s bubbly personality, her friends, and of course, her dog. “Santa Tell Me” will definitely be stuck in your head this holiday season, but make sure to also check out Grande’s other Christmas songs including her EP Christmas N’ Chill.

Ariana’s video for “Break Free” featured on her sophomore album My Everything is over the top in the best possible way. It’s a mini-movie featuring aliens, Zedd, and a sci-fi fantasy storyline. This was Grande’s second single from the album following the smash hit “Problem.”

“God is a Woman” features Michelangelo’s Creation of Adam, which is painted on the ceiling of the Sistine Chapel, starring Grande as God. This is a feminist anthem that serves as Grande’s second single from her most recent album Sweetener. The video also inspired Grande’s performance on the 2018 VMAs where she reimagined The Last Supper by Leonardo da Vinci.

My number one pick features Ariana Grande’s good friend Nicki Minaj. The “Side To Side” music video was filled with amazing choreography, made going to the gym look fun, had a sauna that doesn’t make you sweat, and featured two of music’s most unstoppable females. “Side To Side” was really THAT music video, and Ariana Grande did not disappoint.

Do you think any other videos should have made the cut? Let us know in the comments below or tweet us @Soundigest. For now, let’s keep our eyes and ears peeled for Ariana Grande’s fifth studio album that is rumored to be coming out by the end of this year!