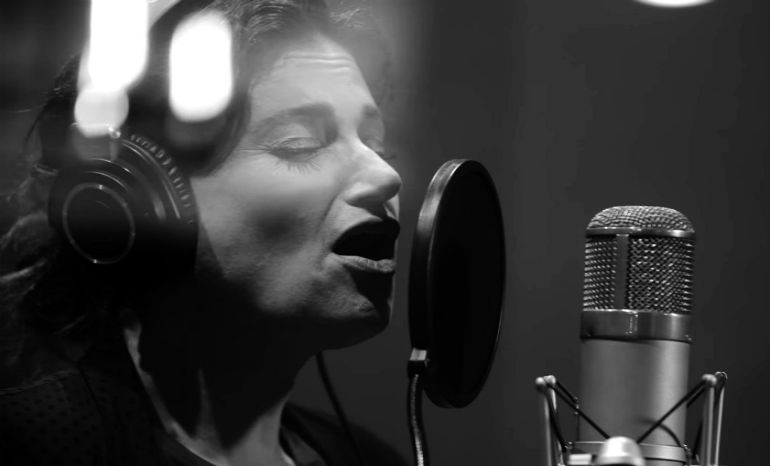 Broadway superstar and Frozen princess Idina Menzel just released her sixth studio album, and it’s full of wonderful surprises. “idina: live” is a two-disc record featuring live recordings from the final shows on her 2017 world tour. The album is a mix of Menzel originals like “Small World,” and iconic songs from both her stage and on-screen career like, “I’m Not That Girl,” and “Seasons of Love.”

A highlight of the album is Menzel’s cover of Simon & Garfunkel’s biggest hit, “Bridge Over Troubled Water.” The song has been covered by hundreds of legendary artists like Annie Lennox, Bonnie Tyler, Elvis Presley, and most notably, Aretha Franklin. Menzel released the cover last month exclusively to fans who pre-ordered “idina: live” and released the accompanying video just last week.

The execution of the cover is nothing short of brilliant. A simple piano-organ arrangement elevates and places focus on Menzel’s elegant and dynamic vocals. Her voice shifts from delicate and tender to powerful and passionate as sings the lyrics that have touched music lovers’ hearts for over 50 years. Menzel beautifully conveys the raw emotion and reassuring message of the song just as Art Garfunkel had envisioned: “Whoever you are, if you need some solace, I will try to be a moment of sweetness for you.”

The raw in-studio video adds an element of vulnerability and gives the audience a peek into Menzel’s recording process.

“Bridge Over Troubled Water” was originally written in 1969, a time when racial tensions were erupting in the United States, and I can’t help but think that there is a timely element to the release of Menzel’s cover. The empowering lyrics give hope and inspiration to anyone who is experiencing doubt, pain, or loneliness—feelings that many are experiencing as a result of the divisiveness within our country today.

Menzel has shared that “idina: live” is “the most personal, introspective album” she’s ever made. In an interview with Billboard, she explained, “I had so much that I wanted to say. It was such an interesting, complicated couple of years that I just knew that it was a really rich time for me to get in the studio and put all of that down in music.”

You can now stream and download “idina: live,” as well as catch Idina on tour with Josh Groban this coming fall!