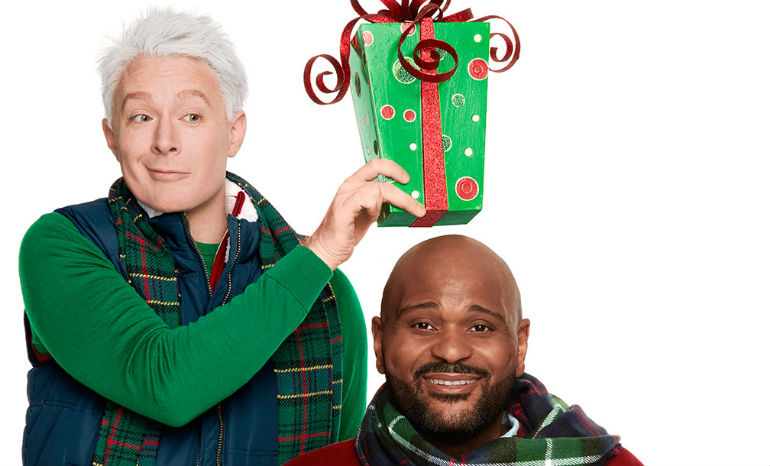 It’s beginning to look a lot like Christmas for American Idol alums Clay Aiken and Ruben Studdard! The two first paired up more than fifteen years ago on the second season of American Idol. Now, they’re joining forces once again to produce Ruben & Clay’s First Annual Christmas Carol Family Fun Pageant Spectacular Reunion Show. The Idol alums announced their upcoming collaboration during an appearance on ABC’s The View. The show will run during the month of December at New York City’s beloved Imperial Theater. The limited-run performance will be part concert and part comedy.

Clay Aiken was super excited to share the news with fans. He said, “When Ruben and I first started talking about doing a project together, Christmas was a natural fit. It’s been fifteen years since we met on American Idol, and coming back together again to celebrate the holidays feels like the best and biggest gift we could both ask Santa for this year!”

Aiken is no stranger to Broadway, having starred as Sir Robin in the 2008 run of Monty Python’s Spamalot. However, it will be the first time on Broadway for Studdard. Don’t worry, though! He’s well-versed in Christmas music. The winner of the 2003 season of American Idol grew up singing in church. Plus, rumor has it that he’ll also be releasing a full-length Christmas album later this year!

That’s not all! Fans can feel good about the fact that a portion of ticket sales will go to a charity that Aiken and Studdard support called The National Inclusion Project. The organization supports children with disabilities by working to ensure that they have access to community and educational activities.

If you’re dreaming of a “White Christmas” (sung by your favorite American Idol alums, of course), head over to www.rubenandclay.com to purchase your tickets.