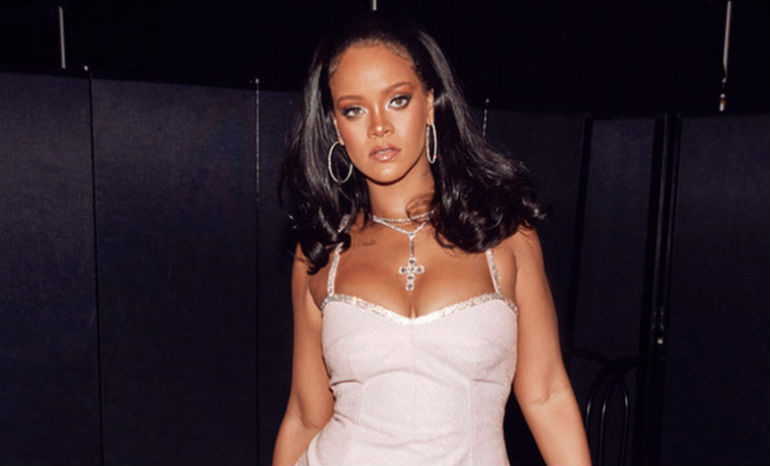 Controversy over the NFL’s National Anthem policy is affecting football in more ways than one. Rihanna, for example, has turned down an offer to headline the halftime show at the 2019 Super Bowl in February in support of Colin Kaepernick, the former San Francisco quarterback who was banned from the NFL after protesting the national anthem.

“The NFL and CBS really wanted Rihanna to be next year’s performer in Atlanta,” a source told Us Weekly. Rihanna has not commented on social media regarding her stance on the matter, but Maroon 5 has now been confirmed as next year’s headliner. However, other celebrities have been expressing their own opinions regarding the situation.

Alongside a screenshot of the article about Rihanna rejecting the NFL’s offer on Instagram, Amy Schumer wrote, “wouldn’t it be so cool if @adamlevine and @maroon5 stepped down too? What do you guys think?” Kathy Griffin replied, “That is feminine power my friends, that is feminine power! Good for her!”

Posted by my friend @yamaneika wouldn’t it be so cool if @adamlevine and @maroon5 stepped down too? What do you guys think?

Schumer posted a longer explanation the following day on Instagram, saying, “Once you witness the truly deep inequality and endless racism people of color face in our country, not to mention the police brutality and murders. Why not kneel next to your brothers? Otherwise how are you not complicit?” She continued by backing up Rihanna’s decision, again stating that “it would be cool if @maroon5 backed out of the super bowl like @badgalriri did.”

The singer also received support from Jameela Jamil and Anika Noni Rose. Jamil tweeted, “what a Powerhouse. Rihanna’s grown into such an important voice for women, for people of colour and for body positivity.” She also called her a “God-Level Boss.” Rose tweeted as well, saying, “I’ve loved @rihanna for some time. I love her even more today.”

It’s safe to say that the “Work” singer will receive some heat for her decision, but still, it’s admirable of her to take such a strong stance for an extremely important issue. Rihanna, thank you for being a voice, and for not being afraid to stand up for what’s right, even if it means not performing at the biggest sporting event of the year.