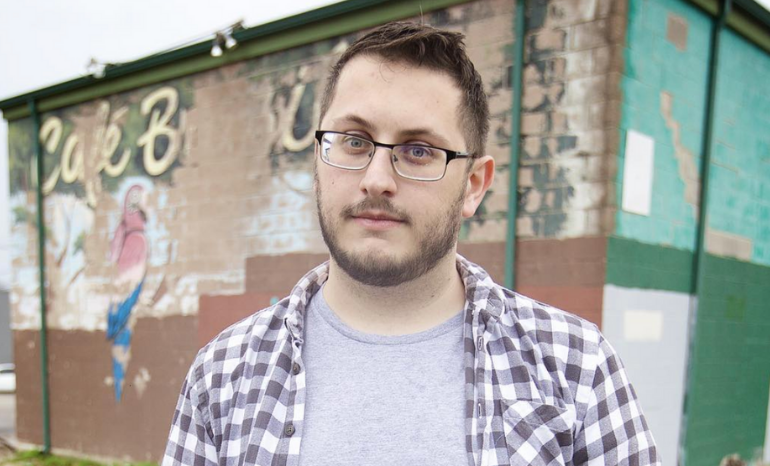 Jaeger Wells is just the type of contradiction we can all get behind. He’s clean-cut but tattooed, wears glasses like an academic, but has a sound you wouldn’t expect to hear in a science lab. He grew up listening to The Beatles, but has a cat named after The Sex Pistols’ most famous band member. Like a bridge over troubled water, Jaeger’s sound carries listeners from the music of our youth to something deeper and more mature through lyrics that deal with real world, grown-up problems.

We got a chance to ask Jaeger a few questions about music and life. See what he has to say below, and then get to know Jaeger better on Facebook, Instagram, and Twitter. You can thank us later!

The name Jaeger is pretty rad. Did your parents pick it, or did you?

Thank you! My parents just wanted to name me something different, and surprisingly, I think it fits!

Your new single “I Wish I’d Known You” sounds intensely personal. Is it inspired by anyone in particular?

I like to think of the inspiration being an amalgamation of people. The one thing that absolutely sucks about getting older is people from your past leaving you so unexpectedly. To me, knowing that they meant so much to you at a younger age, and you didn’t get to say goodbye is a very different kind of pain or grief.

Tell me about your involvement with the Wounded Warrior Project. How did that come about?

Growing up in the era of the War on Terror and having known a lot of people affected both mentally and physically from their time overseas, it was important for me to support an organization that was encouraging and empowering veterans and their families. In a day and age where we struggle to provide benefits to those who have served our country, the Wounded Warrior Project does a phenomenal job helping deal with the physical and emotional scars of being in battle.

What artists did you grow up listening to?

Growing up I had such a great musical education from everyone around me. My parents would always have Bruce Springsteen, John Prine, and The Beatles on at home. When I got into my early teenage years I was lucky enough to have friends that showed me who New Found Glory, Weezer, and Jimmy Eat World were. From there, it just snowballed in all sorts of directions to my current tastes!

Did you always know you wanted to be a musician?

I like to think of it like this: I’ve always needed and wanted ways to express myself. I used to do a lot of musical theater and concert band as a kid before I started writing my own music, and those expressive forms really translated and changed as I’ve grown up. I would feel so lost and bottled up if I didn’t have music to express who I am to the world.

What’s running through your head just before you start a live performance?

Before a performance I like to really try and focus myself, whether it be vocal warm-ups, stretching, or just spending a couple minutes outside of the venue before I hop on stage. I like to think not only does it get me in a performance mindset, but it allows me to drink in all of the details of the night. It doesn’t really matter if I am playing in a packed theater or just for a coffee shop barista, my main goal is to build a connection with whoever it in the room.

Can you tell us about any new music you’re working on?

I think one of the constant themes I’ve hit on in my music is change, and I think lyrically it is going to be more of that. I just moved to Pittsburgh and I am loving getting to know the city, so I know that will continue to influence me as I write.

If the genre labels didn’t exist, how would you describe your sound to someone who hasn’t heard you yet?

If you asked me during Fever Dream Anthology, I would’ve said I sound like a punk rock Neil Diamond, but now I would say I sound like if Sugar ended up combining with Barenaked Ladies!

What artists would be your dream to share a stage with?

Hands down, it would either be Craig Finn or Frank Turner. Both have written such incredible songs that mean so much to me and sharing a stage with them both would be the closest thing to nirvana I will get.

You’ve shared quite a few posts about animals. Are you a cat person or a dog person?

This is such a tough question because I do love all animals! If you had to press me, I would say I am a cat person. Seven years ago, I adopted a black cat named Sid Vicious when I was living in Fort Worth, and we have been best buds ever since.

Check out the video for “I Wish I’d Known You” below, and give Jaeger’s album Fever Dream Anthology a listen on Spotify.