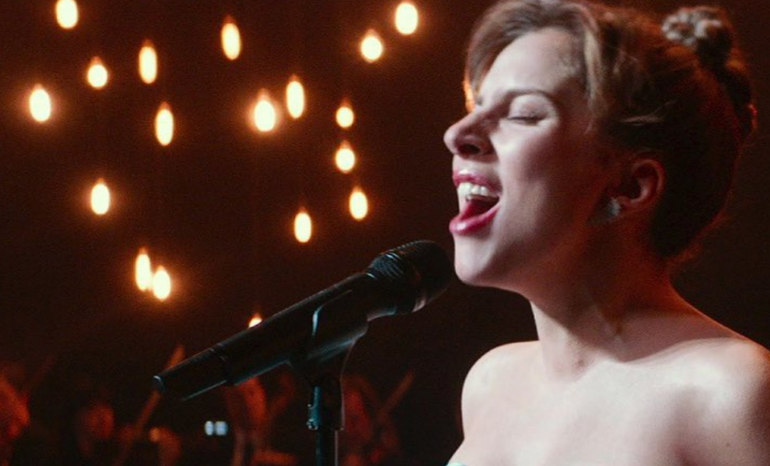 Lady Gaga returns with yet another stunning video for a track from A Star Is Born. “I’ll Never Love Again” is the final song of the film and Gaga delivers a tender, heartbreaking performance. The video, released exclusively on Apple Music, is the perfect accompaniment to the song. Hopefully, you still have some tissues leftover from watching the movie because you’ll be needing them again for this video.

Watch the music video for #IllNeverLoveAgain now on @AppleMusic ❣️

This film is taking over the movie and music world. With the amazing performances by both Gaga and co-star Bradley Cooper, people cannot get enough. The music in the film is all original pieces with many songs penned by the two. “I’ll Never Love Again” is the final song that we see Gaga’s character, Ally, perform. The video uses clips from the movie, including the scene of Gaga performing, for the video compilation. You get to ride the emotional roller coaster with Ally and Jackson Maine one more time, but Gaga’s rawness is the true highlight of the video.

A Star Is Born is the heartbreaking yet joyous art that we need right now. Gaga delivers the performance of a lifetime and just proves once again that she is THAT girl. Watching her act and sing her heart out was a feat and we can really sense an Oscar nomination (or a few for them) in her future. “Don’t let another day begin / Won’t let the sunlight in / I’ll never love again,” sings Gaga. This song might be considered equivalent of Whitney Houston’s “I Will Always Love You” for this generation.

If you have not seen the movie or listened to the soundtrack, it should be number one on your priority list. For Apple Music users, check out the video here!