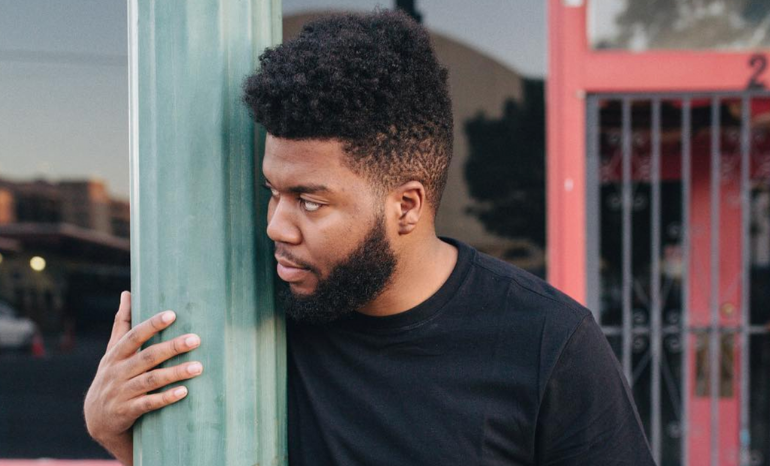 Khalid has continued to amaze us with his new EP titled Suncity consisting of seven soothing tracks that beautifully show off his vocal range. Khalid has grown so much since his debut album American Teen, which came out last March, and we are so stoked for this new music.

The EP begins with an intro track titled “9.13,” which starts out very angelic and includes the audio of Khalid being presented with the key to the city of El Paso, Texas where he grew up. I think this was a very sweet way to open up the EP and really shows how much he loves his hometown.

The next track is titled “Vertigo,” which is very mellow with a message about reflecting on life and its hardships Khalid sings that he sometimes wishes life was easier with lyrics like, “I wish livin’ life was easy, but mine has been a mess.”

The song “Saturday Nights” tells a story of Khalid falling for a girl on Saturday nights and it’s super adorable with lyrics including “Nowhere I’d rather be than right here around you.” Moving on to the track “Salem’s Interlude,” fans are given insight on his fears and insecurities, and it truly reflects on how genuine he is both as a person and as an artist.

The next song titled “Motion” has a very chill and mellow vibe much like a few other songs on the EP. Khalid discusses being happy and in love with the moment. What’s really cool about this song is that it transitions directly into the next track titled “Better,” so when you listen to this EP make sure you listen to the tracks in order! “Better” places even more emphasis on Khalid being happy and falling in love, and it’s definitely a song many can relate to. We’re pretty obsessed with it!

The EP closes out with “Suncity” which also happens to be the EP’s title. Khalid shocks us all on this track by singing in Spanish and it is EVERYTHING! This song makes you wanna dance with someone you love, and Khalid’s voice sounds so smooth —we can’t get enough!

Overall, we are so excited about Khalid’s new music, and we think he did an amazing job on this EP. We love the messages behind each song, so we’ll definitely have the songs playing on repeat this fall. Let us know in the comments or tweet us @soundigest what track is your favorite.