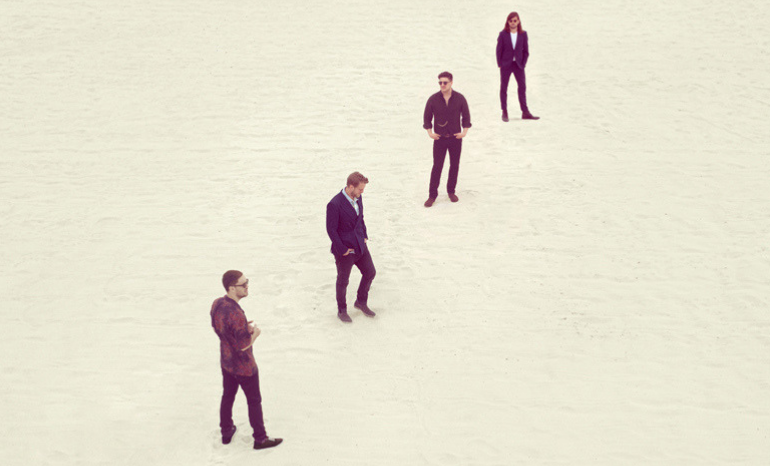 The wait is finally over. Mumford & Sons are back in action with their latest single “Guiding Light.” It’s our first look into Delta, the band’s first album in three years. The single is a melodic ode to Mumford & Sons’ friends, family, and fans, which is illustrated in the song’s music video, where the band is performing an intimate show in the streets of London.

Marcus Mumford and his boys have always had a way with words, and this single is just another example of that. “Guiding Light” paints a picture of relying on loved ones for support. Nonetheless, the song still has that singalong quality many of the band’s hits possess. The tune begins with an acoustic guitar, later followed by louder keys and drums, giving it an arena rock sound. The instruments play well with Marcus’s vocals, adding to the grandiose of the song. The chorus draws fans in, and as the song progresses, it grows louder and fuller. It is easy to picture “Guiding Light” being sung loudly by smiling fans at their upcoming shows.

Brilliant to catch up with @JimmyFallon and play #GuidingLight with @theroots on @FallonTonight. If you missed our performance, watch it back on youtube.com/fallontonight

Musically, “Guiding Light” is a nice blend of 2015’s Wilder Mind and Mumford & Son’s first two albums, and we finally see the return of the banjo. Although it’s less prominent, the banjo can still be heard, which will please longtime fans.

The single’s music video adds to the warmth of the song. Any music fan watching can appreciate a big band playing to a small, lucky crowd. The smiles are infectious, and it’s easy to see how much the band cares about their supporters. Marcus has said that Delta will reflect many of their touring experiences, so “Guiding Light” demonstrates this theme both musically and visually.

Delta will be here sooner than we know it, dropping on November 16, 2018. We can’t wait to hear what Mumford & Sons has in store for the rest of the album. If “Guiding Light” is any indication, there is a lot of hope for the album. Mumford & Sons doing what they do well and putting a fresh twist on it should bring the band a lot of success. Seeing their growth since the Sigh No More days is incredible. Their blend of genres always seems to bring fans from every walk of life together.