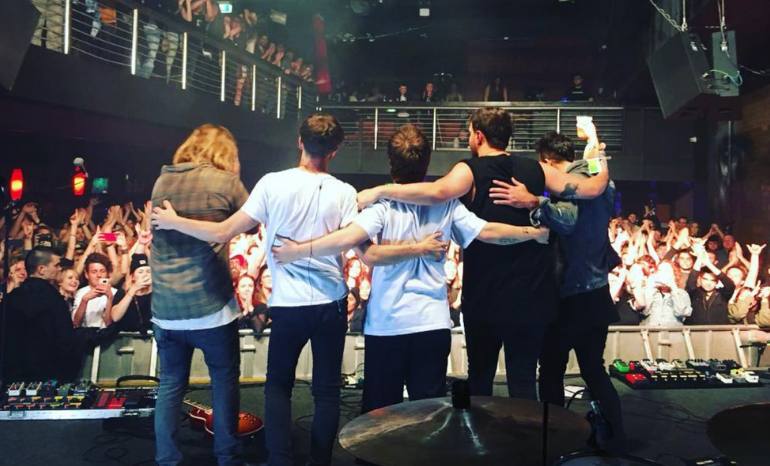 This week, British rock band Nothing But Thieves released their heart pounding EP “What Did You Think When You Made Me This Way?” This is the first bunch of new tracks from the group after about a year. The release also comes alongside their current international tour.

Nothing But Thieves has had a great track record of mixing up driving singles and hidden gems on their records. This newest EP brings all of that to the forefront, combining gritty guitar with the twinkling falsetto of lead singer Conor Mason. The first track opens up with a hardcore guitar lead. As the driving track of the EP, it encompasses the classic sound of the group with a mature mixing of heavy and light musical elements. The lyrics ask the question the title poses and brings the weight of that question to the forefront of the track. Following this is the track “Gods,” which begins with an eerie acoustic guitar. The chorus opens up with layered vocals really reminiscent of older hits like “Trip Switch” from the band’s first LP. The track features the operatic background vocals that Mason contributes to many tracks but also highlights the rest of the band’s sound.

:: Tour has been ace so far. Up next is Nashville, keep em comin. 📷 @willstockwell ::

Moving on to “You Know Me Too Well,” we get a break from the heavy rock vibe. The laid-back vibe of this track perfectly emulates the melancholy in the lyrics. “I want you all to myself/Oh, but you know me too well.”

Wrapping up the project, we get a taste of the ballad side of the band in “Take This Lonely Heart.” Contrary to what you’d assume, the band doesn’t hold off on the energy coursing through it. They build the song up and ebb and flow between hard rock guitars and ballad vocals.

This new EP is a great taste of everything Nothing But Thieves is about. It has a rich, hard rock sound that is hard to come by with popular alt-rock groups. Make sure to check out the EP here: