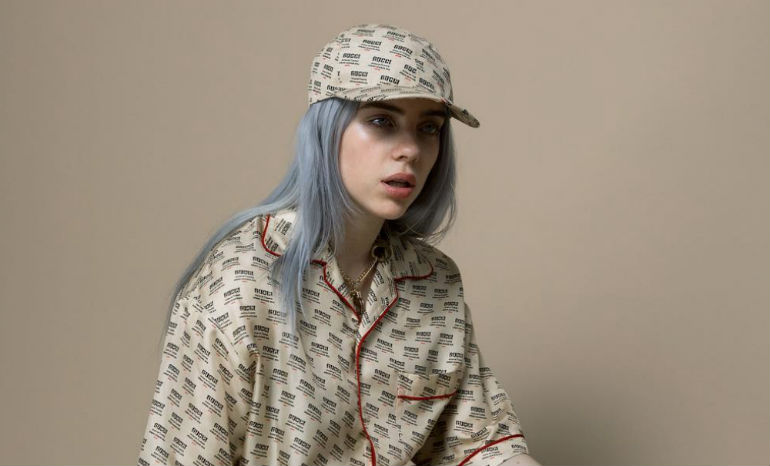 Sixteen-year-old alt-pop prodigy Billie Eillish just released the studio version of her newest single, “when the party’s over,” and it’s no surprise that the song getting a lot of attention from fans.

The ethereal ballad chronicles the relentless waves of emotion that hit at the end of a relationship. Eilish’s aching voice is delicate as she mourns a strenuous and complicated love that wasn’t meant to be. The song beings with Eilish divulging in the perpetual imbalance of the relationship and taking ownership of her own mistakes and grievances.

“Don’t you know I’m no good for you // I’ve learned to lose you, can’t afford to // Tore my shirt to stop you bleedin’ // But nothin’ ever stops you leavin'”

Eilish’s breath is heavy between each phrase, as if she’s searching and grasping for the words to communicate her innermost fears associated with the relationship. As she ascends into her angelic upper register, she perfectly captures the feeling of stillness and quiet after a storm. Though hesitant to step forward, it feels as though she is on the edge of tranquility. Atmospheric harmonies and soft piano accompany her as she makes her way into the next verse:

This is the only time the title appears as a lyric within the song, and it leaves a lasting impact. To say “I’ll call you when the party’s over” is Eilish’s way of expressing frustration and annoyance with someone who can’t help themselves. In an interview with Coup De Main magazine, the 16-year-old singer/songwriter explained the meaning behind the song and the lyric:

“So ‘when the party’s over’ — I feel like that’s such a sentence. It’s like, ‘I’ll call you when the party’s over.’ You’re on the phone with someone and you can’t hear them, they can’t hear you, it’s loud, they’re mad at you for some reason. I feel like everyone’s had that struggle with someone — somebody yelling on the phone for some reason, and you’re just like, ‘You know what? F*cking leave me alone.'”

In the final verse, Billie finalizes her ability to move on, giving herself and her partner permission to let go. “Let’s just let it go // Let me let you go,” she sings. She ends on an exhale, decidedly ready to leave the confines of the relationship.

The song is produced by Eilish’s collaborator and older brother, Finneas O’Connell, and it’s available to stream and download now. Billie is currently on a sold-out US tour and is expected to release her first studio album next year. We can’t wait!