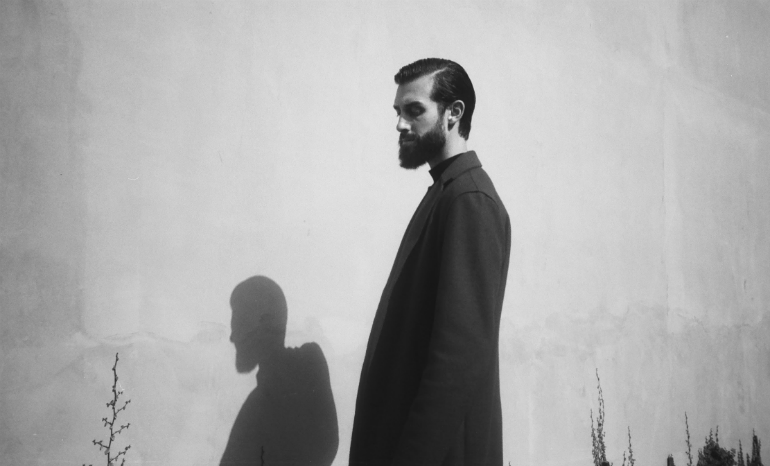 Wow, you guys! We recently had the opportunity to interview KINGDM, a songwriter, producer and DJ who already has two years of experience in the industry under his belt. He just released his new single, “Dust,” which is a collaboration with Reo Cragun, who he worked with on his previous single, “Your Love.” Kingdm took some time to chat with us about the new track, how his move from Italy to Los Angeles has impacted his career and more. Check out our interview HERE:

You just released your new single, “Dust,” a collaboration with Reo Cragun. Tell us a little bit about the song and what it means to you.
The song is about two lovers parting ways, the feelings of the moment where all the things you planned and all the future projects together vanish and fall into dust.
You previously collaborated with Reo Cragun on your single released in June, “Your Love.” Can you describe what it’s like to collaborate with Reo and what the process of creating the tracks you’ve made together has been like?
I love working with Reo. He’s one of my favorite people to write with. The process depends from time to time. We have written songs starting from scratch together, other times we’d start on a beat I made or we’d work on a song remotely. Reo is incredibly fast, talented and humble and that’s what I like the most about him. He’s always open to others’ ideas and that makes the process fun and easy.
How does a song typically come about for you? Tell us about your process. Do you usually write lyrics first or create the melody?
I usually start from a beat or from a melody that I capture on my iPhone with vocal memos. Many times I have the whole song in mind, from the melody to the different sounds, elements and parts and I’d record them all on the memos. I like writing lyrics and reworking melodies with other people, I find it to be the most fun part of creating a song. For production, I usually prefer working on my own instead.
How has your music evolved in the last two years as you have grown as a producer?
I have to say, it was a process finding my identity when it comes to sounds and which kind of music I wanted to do. I can say I finally found it and that was a big shift.
You grew up in Italy and then moved to Los Angeles. Do you feel Italy has influenced your music at all? Was moving to L.A. a big culture shock for you?
Yeah, growing up in Italy has definitely influenced my music. Coming from a little town up North where there’s pretty much nothing going on music-wise and music is perceived as an extravagant hobby, I spent a large amount of time making music in my studio on my own and working on my craft. Solitude was definitely a theme that has impacted my earliest productions.
Moving to L.A. was a big change. I used to fly around Europe like crazy just to take meetings, do sessions and make things happen. Sometimes I would literally fly during the day for one meeting and come back at night to attend at university. At first it was shocking. I thought people that wanted to pursue music as a profession were extremely lucky being born in a city like L.A., and I was so surprised how so many were taking that for granted. There’s an abundance of opportunities for collaboration, the concept of going for your dreams is widely promoted, and you have so much proximity with incredibly talented people. That’s what made me want to move to LA.
On the other hand, I found relationships do lack depth as they tend to usually be filtered through utilitarianism versus genuine care for the other, which I find dissonant with the way I see the world.

When you’re not in the studio, what do you like to do to unwind?

I love reading, listening to podcasts, working on self-development and on my businesses, spending time with my family and friends and working out.

If you had to describe your music to a potential listener, how would you describe it to pique their interest?

It’s music for the people.

Do you have any plans to release an album or EP in the near future?

My plan is to release LOTS of music in 2019, in whichever format is going to be (album or singles), it doesn’t make much of a difference to me as I don’t believe its relevant nowadays.
Do you have any upcoming shows or tours that fans can keep an eye out for?
I will start DJing at the end of this year/early next year.
Featured Image: Elizabeth Miranda