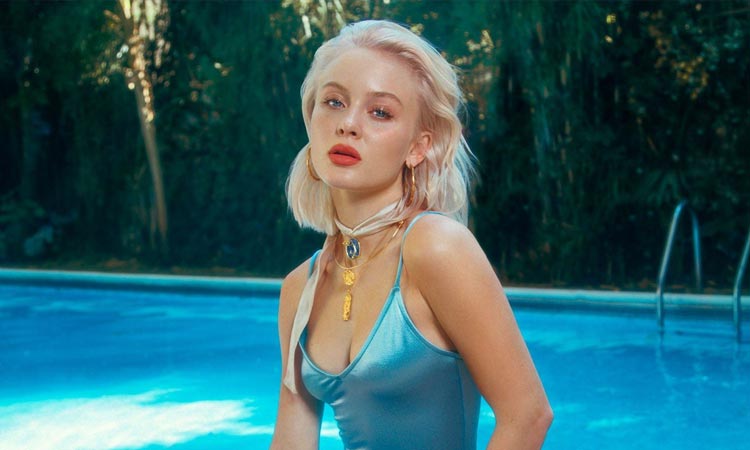 Swedish pop-star Zara Larsson finally released “Ruin My Life,” which is the lead single off her upcoming third studio album. Along with the release of the single, Larsson makes a bold statement in her new music video, which was released this past Tuesday. Since then, it’s already garnered over 2.5 million views on YouTube, while the single is rapidly approaching 7 million plays on Spotify.

In the music video, Larsson plays the dynamic character of the “crazy ex-girlfriend” who just can’t seem to let go of a past toxic relationship. In fact, she’s so devoted to winning back her ex that she actually breaks into his vacant home hoping to catch his attention on the security cameras. Larsson plays this role flawlessly as she showcases feelings of jealousy, regret, seduction, and overall insanity. The majority of the video shows Larsson dressed goddess-like and roaming through the mansion, where she’s seen flipping through TV channels, dispersing Polaroid portraits of herself around his bedroom, and even setting his dinner table for two.

Here, Larsson tries using different ways to seduce her ex in hopes of reminding him of what he’s been missing. As the video carries on, Larsson gets more aggressive in her behavior once she realizes that nobody’s watching her on these home security cameras. Out of despair, she begins tearing apart his home, leaving an even larger mess. This scene acts as a huge metaphor for the purpose behind the song. Larsson’s destruction of the mansion represents the toxic relationship she wants back. The ironic aspect of this scene is that she begs her ex to ruin her life, when in reality she’s ruining his! In the final scenes her ex finally notices her crimes while she impatiently waits outside for him to arrive home. Larsson admits that the concept of “Ruin My Life” is something we’ve all dealt with, despite how unhealthy it is to return to toxic relationships. “Ruin My Life” depicts Larsson’s vulnerability in admitting that living in solitude is eating away at her heart. She shares in a recent video on her YouTube channel that the single is about “being out of a relationship that really isn’t good for you, but you can’t help but wanting it back anyways or wanting the person back, whether it’s just a friend that just f*cked you up, or a loved one in any way. It’s just that relationship that’s kind of a bit self-destructive. I would say maybe that you just can’t help but love them.”

After the release of the beautifully flawed music video, it’s safe to say that Zara Larsson has ruined all of our lives! Make sure to hold onto your wig before you watch it!