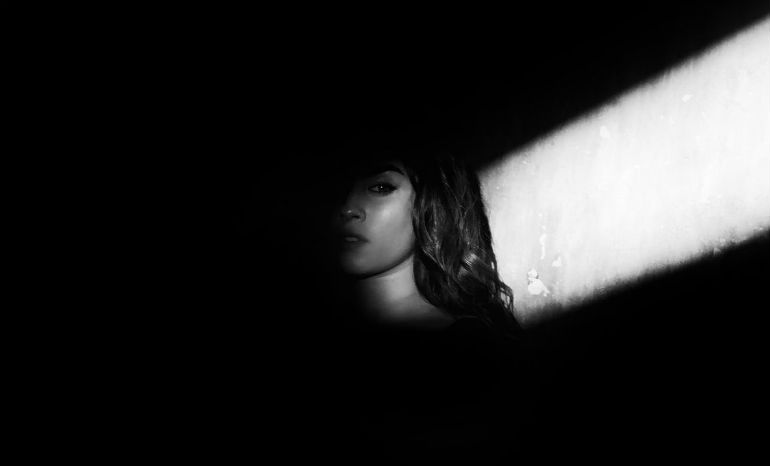 Lauren Jauregui dropped her debut single “Expectations” last week and it’s everything we expected from the singer and more. It’s an authentic, slow-burning track that emphasizes the singer’s husky voice. It’s a far cry from her former days with Fifth Harmony.

“Expectations” is a story about a couple’s relationship and their lack of communication with one another. Jauregui revealed to Billboard that she wrote the song about boyfriend Ty Dolla $ign one night when he was out working at the club past 2 A.M. “Sometimes when you’re a little bit of a crazy bitch and you’ve been working for a lot of hours, you just want to cuddle with your boyfriend — and they have to do work. He had an appearance he had to do at the club, and I didn’t want to go to the club because I’m a grandma. He said he was going to come home, so I waited up, expecting him to come home, and then I didn’t get any answers for a while about where he was.”

It turns out, Ty Dolla $ign was actually working in the studio with Future and he couldn’t answer his phone. Despite this small blip of miscommunication, the couple is still going strong and Jauregui joked that she was “still a little Latina mad about it.” So, instead of leaving angry voicemails, Jauregui went to the studio and “got all of the feelings out in the song, and then I called him right after and I was like, ‘Hey, I’m not mad anymore. I realized it was total bullshit, my bad. I love you.’ … If I can get my emotions out in songs instead of acting crazy, that’s fantastic.”

The Miami native first debuted “Expectations” when she opened up for Halsey on her hopeless fountain kingdom tour in South America. One of the main reasons she chose this song as her debut single is because the crowd in South America had the best reaction to it. They were singing the lyrics back to her despite the fact that English is not their main language. She told Billboard, “Out of the three I premiered on tour, it got the most ravenous reaction. [Fans] were really excited, and by the end of the song, they were singing the lyrics to it. I was in Sao Paolo when I first premiered it. No one had ever heard it. And they don’t even speak English! The fact that they were singing the chorus by the end of the song, that was the first moment where I was like, “You can do this, Lauren.”

The music video for the track dropped last week alongside the release of the single. In the video, Jauregui is pictured in both a white dress and a black outfit: a depiction of a “light” Lauren and a “dark” Lauren. Ultimately, the “dark” Lauren ends up slitting the “light” Lauren’s throat in the end. You can see the video for yourself HERE:

“Expectations” is a solid debut single that brings something new to the table and shows a different side of Jauregui than we were used to seeing while she was a member of Fifth Harmony. Let us know what you think of the track in the comments below or on Twitter @Soundigest.