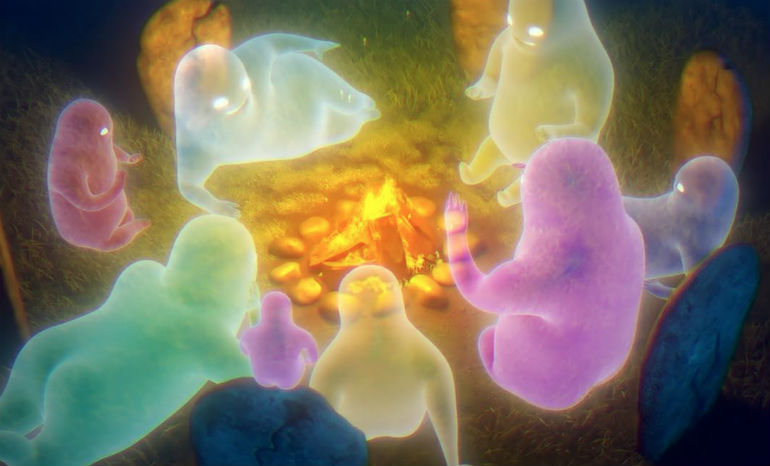 If you haven’t heard the new single, “JT” is smooth, fun and catchy, while still being extremely thought-provoking. It’s reminiscent of Jon’s signature sound, with even more unique sounds and clever lyrics. Jon Bellion keeps his listener’s on their toes, and his music has so many layers to it. In other words, “JT” may require a few listens to catch all the words and beats.

The new single is the perfect antithesis to Jon’s other single from GSP, titled “Conversations with My Future Wife.” While the artist’s first single talks about his future, “JT” reflects more on his past. He sings about just starting out in this industry, and how dreaming of success seems so long ago. Nowadays, Jon is having mimosas and taking holidays in Greece because of his music career, so he’s definitely come a long way. Despite the sudden fame, Jon Bellion stays humble, even thanking God frequently for all of his blessings. The reference to God’s Hand adds a bridge between GSP and Jon’s last album, The Human Condition, which ends with the song, “Hand of God.”

Musically, “JT” has a lot of layers to it. Similar to some of Jon’s previous work, the song was made so the listener doesn’t even hear all the layers at first. Jon always works his magic to add unique beats, instruments and sounds to songs that sound so cohesive. The new single also includes a vocal feature from Travis Mendes. Travis is a member of Jon’s Beautiful Mind crew, who has been featured on some of Jon’s tracks before. In addition, There are also other choir-like vocals, which do a great job at adding an ethereal quality to the song.

The name “JT” is an interesting choice for the title of the song. It’s believed that those initials stands for John Travolta. The Grease actor is referenced in the lyrics when Jon sings about the country Greece (the country). Fans have also theorized that “JT” could stand for “Just Thankful,” or even “Justin Timberlake.” Jon probably left the name to be up for interpretation, but in the meantime, we’ll keep our ears perked up in case he mentions it in any upcoming interviews.

Overall, Jon did an amazing job with “JT”. The single is catchy and fun, but still very honest. The wordplay in the lyrics keeps listeners engaged, and the constant changing rhythms and sounds makes listeners want to keep the song on repeat. Jon Bellion often seems underrated compared to other musicians in his genre, despite the fact that his music doesn’t fit into one particular box. Every new release is new and exciting, and he often catches listeners off guard. With two singles in the books already for GSP, we couldn’t be more stoked to see how the rest of the album turns out. For now, we’ll keep “JT” on a loop.