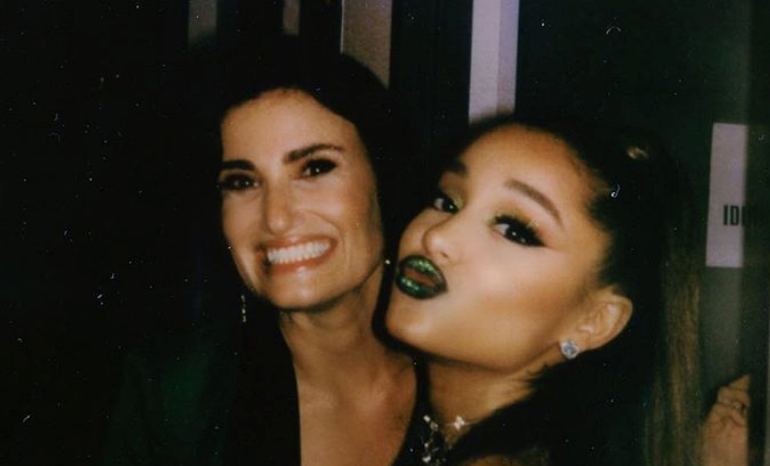 On Monday, October 30, Wicked celebrated 15 years on Broadway. The anniversary festivities kicked off on Monday with A Very Wicked Halloween, a one-hour NBC broadcast filled with special guests and performances.

The celebration was held at New York City’s Marquis Theatre and was hosted by none other than the musical’s original leading ladies, Idina Menzel, who played Elphaba, and Kristin Chenoweth, who played Glinda. The intimate venue was packed with young Wicked superfans, all sporting eccentric Wicked-themed Halloween costumes.

The night opened with a performance by Wicked’s current Broadway cast, live from The Gershwin Theatre, then segued into a show-stopping performance of “As Long As You’re Mine” by Ledisi and former Wicked cast member, Adam Lambert. The two Grammy-nominated artists belted out the power ballad, adding their own pop influence and flare.

The surprises kept coming as Chenoweth and Menzel each took to the stage to perform their most iconic songs from Wicked, “Popular” and “Defying Gravity” respectively. Fans went wild with excitement to see the two Tony award-winning actresses recreate the magic that started back in 2003. Both Chenoweth and Menzel took time to express how much Wicked shaped their lives both personally and professionally.

A major highlight of the evening included a gender-bent, a cappella rendition of “What Is This Feeling?” by Grammy award-winning group Pentatonix. However, it was Ariana Grande‘s highly anticipated performance of “The Wizard and I” that stole the show. Grande, decked out in green from head-to-toe, thrilled the audience with her jaw-dropping riffs, variations and powerhouse vocals. The pop superstar with Broadway roots has been obsessed with Wicked since seeing the original cast when she was just nine years old. Throughout the night, viewers were able to participate in interactive Wicked trivia, and get behind-the-scenes looks into how the musical has grown into the cultural and global phenomenon it is today.

The evening concluded with a special performance of Wicked’s most heartwarming, yet heartbreaking song, “For Good.” Chenoweth and Menzel were joined on stage by some of the actresses who have filled the shoes of Glinda and Elphaba throughout the show’s Broadway run thus far. For a long-time Wicked fan, it was a guaranteed tear-jerker.

If you haven’t seen Wicked, you can catch the national touring company in a city near you or on Broadway eight times a week! Happy 15th anniversary, Wicked! It was a “swankified” night at the Ozdust Ballroom.