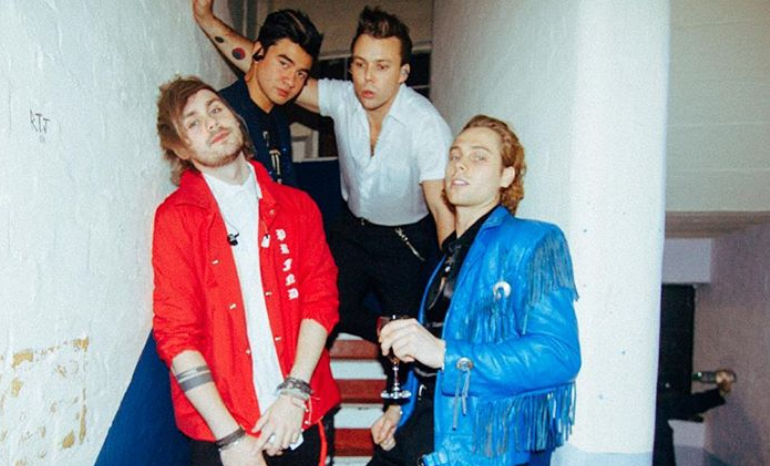 5 Seconds of Summer recently joined Shawn Mendes in releasing a cover of a hit Queen song ahead of the biopic, Bohemian Rhapsody. This is the second song in a series of three to support the Mercury Phoenix Trust (MPT). The MPT was set up in memory of Freddie Mercury, who died from HIV/AIDS in the early 90s.  All proceeds from these covers will be donated to the foundation.

This cover of “Killer Queen” made tribute to the iconic band perfectly. 5SOS even recorded it in four-part harmony, just as Queen would have done.

We did every harmony for Killer Queen Live in 4 part harmony. Just like Queen recorded it back in the day. I am excited to get some of this influence on 5SOS 4.

“Everyone at the Mercury Phoenix Trust is thrilled that 5 Seconds of Summer has joined our global campaign fighting AIDS in celebration of the movie Bohemian Rhapsody,”  said Jim Beach, Queen’s manager. “Thank you 5SOS for giving us such an impeccable version of Freddie’s classic ‘Killer Queen.’”

Fans also went wild with the surprise release of the cover, and it even opened the door to classic rock for some.

sis hAVE YOU LISTENED TO THE GUITAR RIFFS IN THE KILLER QUEEN COVER?

MICHAEL CLIFFORD DID: THAT
stfu

I WANT EVERY SINGLE ONE OF Y’ALL TO STOP WHAT YOU’RE DOING RIGHT NOW AND LISTEN TO THE COVER KILLER QUEEN THAT 5SOS MADE BECAUSE THEIR VOICES ARE SO BEAUTIFUL AND THE INSTRUMENTS ARE PLAYED SO GOOD!! HOLY SHIT I LOVE IT SO MUCH

The band was almost as excited as the fans to release the cover! Bassist Calum Hood tweeted, “What an honor it was to have been given the opportunity to cover a song by one of the most influential bands in history,” said Hood.  “Here’s our take on ‘KILLER QUEEN!'”

Drummer Ashton Irwin also called the cover the best thing they have ever made.

“This very well might be the best thing we’ve ever made. Thanks @QueenWillRock & @BoRhapMovie for letting us cover “KILLER QUEEN,” said Irwin on Twitter.

You can take a listen to the cover below!

We can’t wait to see who the third installment of this three-part series will feature! What did you think of the last two covers? Let us know in the comments below or tweet us @soundigest!