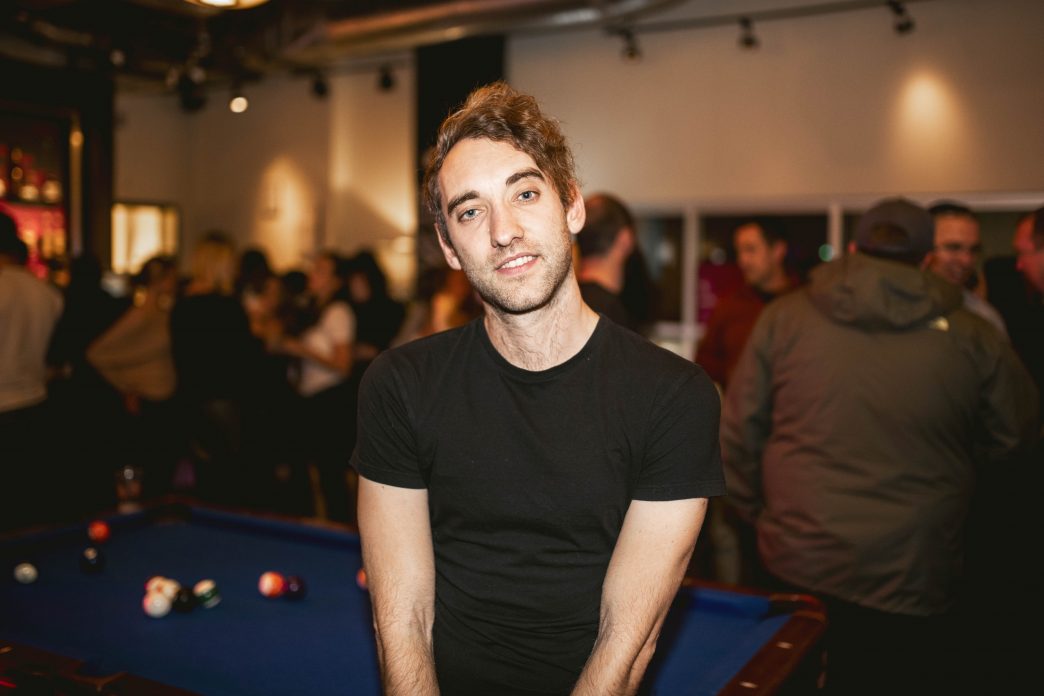 Making himself known in the streaming world, BANNERS‘ song “Start a Riot” generated over 50 million streams on Spotify, and his most recent single reached the #1 spot at Alt Nation! We got to talk to him about his most recent projects, his latest EP and what it’s been like working on Project: Aloft Star. Check it out!

Tell us a little about your recent EP, Empires On Fire. How would you describe the vibe? Is it much different from your earlier work? If so, how?

Well, this one was mostly written after I’d played a load of shows and realized that I needed some upbeat songs to keep people interested, particularly at festivals. “Someone to you” is good for that! It’s the fastest song I have. It’s also very high so it nearly kills me every time I play it. I’d like to be mad at someone for how tough it is to sing, but I wrote it so I really only have myself to blame.

If someone who hasn’t heard your music before asked you to describe it what would you say?

This is a question I generally get from U.S. border guards when driving into the country for a tour, and I still don’t really know what the answer is. I guess it’s pretty epic and there’s some very high notes in there. Again, I wrote it so I can only get so mad about that. But still, breakfast television can be a tough experience when you’ve got so many high notes to do. I like great big gang vocals in my songs. They’re a lot of fun to sing live. If I’ve gotta sing high notes, I may as well make my friends do it, too. That’s only fair.

Who or what is your biggest influence in your music?

I really love Jeff Buckley, he’s my absolute guy. I also really love Regina Spektor, Elbow, Arcade Fire, Bob Dylan, Bruce Springsteen, David Bowie, Coldplay, Radiohead and so many others that I’m sure creep in there!

Thankyou so much to everyone that came to see me and my friends on a stage the last few weeks. I miss you all already. This rad picture is by @hvndal

Your recent single was “Someone To You.” What was the inspiration behind that song?

I think we are all just want to feel like we matter to someone. I think if we know we truly have that, we feel like a superstar. We can do anything.

Can you tell us about your writing process?  What does it take to make a song for you?

Every song is different. I wish I had a writing process because then I could just copy the exact thing I did with songs I wrote that I ended up really liking. But maybe that’s what makes music magical– that there isn’t really a formula and we rely upon our own emotions as we’re having them and try to figure out the best way to get them across to people in a way that resonates with them. I like to collaborate with people as much as possible because that way you can draw on other people’s experiences and get out of your comfort zone melodically and thematically.

You will be playing at the Denver stop for Project: Aloft Star. What has that experience been like thus far?

It’s been absolutely lovely. Everyone has been so great to work with and I love that they’ve created an outlet for upcoming artists to be seen and heard. There’s so much amazing untapped potential out there and discovering new music is the greatest thing in the world. I also love that I can play a show 30 seconds from my hotel room!

See you next week, America! 📸: @pamelaayala

What can fans look forward to for this year, or early next year?

I’ve written a whole load of new songs that I’m currently on the road trying out on (forcing upon) audiences, so we’ll see what the reaction is and hopefully I’ll record some of them and put them out at the start of the year. I love playing live so much that hopefully I’ll be touring, too!

Watch his the video for “Someone to You” HERE: