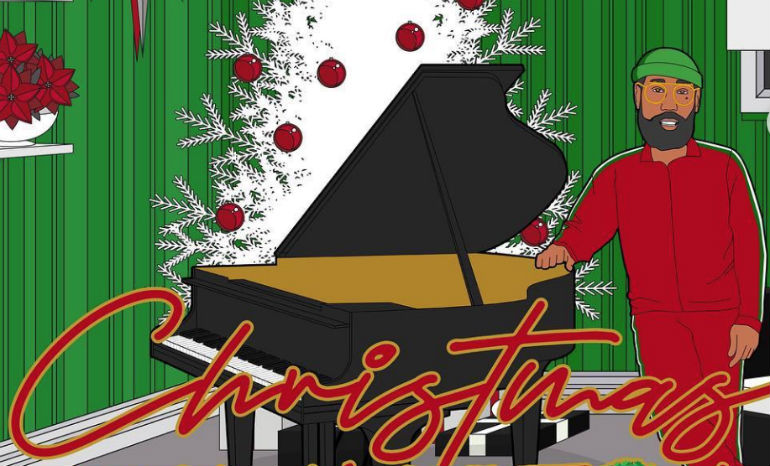 Although Halloween was just yesterday, it’s never too early for Christmas music! Many artists release their holiday albums as early as mid-October and one of those artists is Maroon 5‘s very own PJ Morton.

Many of you know Morton as M5’s keyboardist, but when he isn’t working with the group, he has his own solo project on the side. While he’s been a part of Maroon 5 since 2012, he’s been releasing his own music since 2005. His latest album, Christmas With PJ Morton, will be out on November 9, but its lead single debuted on Billboard last week and we’re LOVING it!

SWIPE!!! It’s almost here! You can preorder #CHRISTMASWITHPJ TOMORROW!!! You’ll automatically get #ALLIWANTFORCHRISTMASISYOU feat. @stokleyofficial .. But thanks to @billboard you can listen to the full song NOW!! LINK IN MY BIO! artwork by @brik.liam 🎅🏾 #NOVEMBER9TH

Morton has teamed up with Stokley (formerly of Mint Condition) for a new take on Mariah Carey’s classic Christmas tune, “All I Want For Christmas Is You.” We all know Carey’s upbeat and infectious pop version of the song, but Morton breaks the song down into a smooth, soulful rendition. Full of keys, horns, drums and a bit of synthesizer, Morton’s cover makes us feel as if we’re in a lounge sitting by the fireplace.

Also, Morton and Stokley  have voices that pair together so effortlessly to make this song both funky and fresh. In a recent interview with Billboard, Morton explained, “I felt like a really soulful Christmas album was missing. Mariah Carey’s ‘All I Want for Christmas Is You’ captured the feeling of the classics. I knew I wanted to flip it to my style, and while recording it I kept hearing Stokley’s voice on it. I grew up a fan of Mint Condition and I knew he’d be perfect on it. Couldn’t be happier with how it turned out.” Honestly, we couldn’t be either!

In a few weeks, Morton will be hitting the road for his More Gumbo tour, which is named after his 2017 album, Gumbo. However, fans shouldn’t fret! This tour is happening during November and December, so Morton will be sure to sing some of his Christmas songs. “All Christmas songs are fair game,” he told Billboard.

Make sure to catch PJ Morton on tour in a few weeks and check out Christmas With PJ Morton on November 9! For now, you can listen to his version of “All I Want For Christmas Is You” HERE: