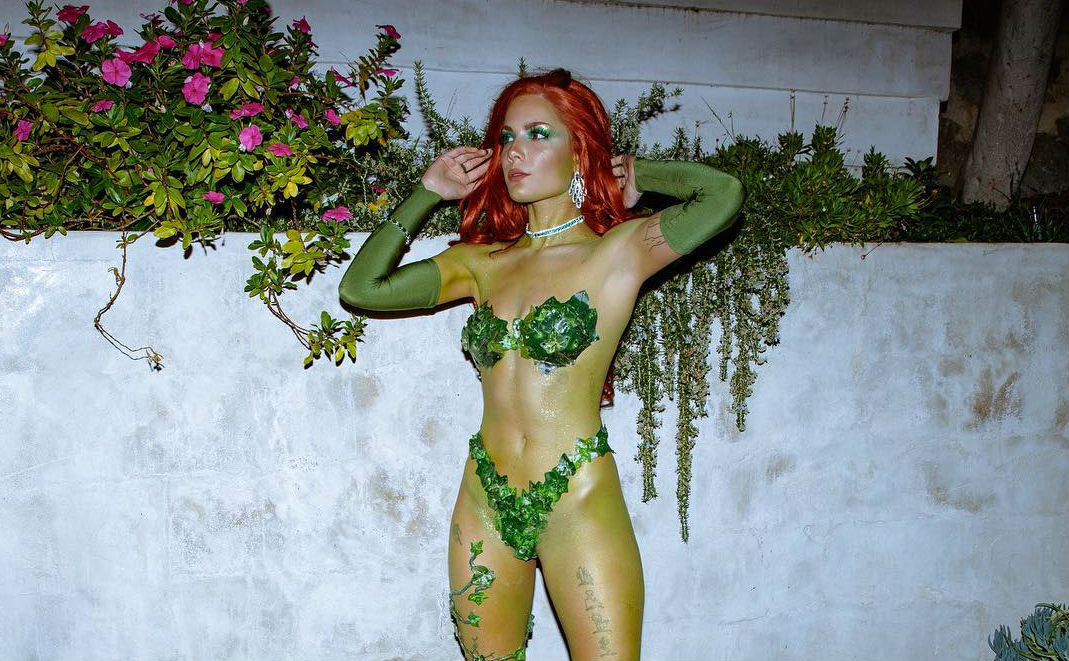 It is one of our favorite times of the year when we get to see all the crazy costumes our favorite musicians come up with this Halloween season, and trust us when we say they did not disappoint this year! Check out our favorites from this spooky season below!

Harry took full advantage of the LA Dodgers being in the World Series and recreated a very iconic look from none other tham Sir Elton John, who even reposted Harry’s pictures expressing how much he loved Styles’ costume.

Halsey threw a huge Halloween bash this year in LA with the theme being Villains of Gotham City, and this girl did not hold back! She truly transformed into the infamous Gotham Villain and she looked AMAZING!

fav costume of all time ever. Also can’t believe we pulled off the gorilla / poison ivy dance from Batman and Robin. Oh yeah….we went there…. 🦍 📷: @donslens

Following the theme of Halsey’s Party, Lauren and Ty Dolla came as some of Gotham’s most infamous villains, and we think they nailed it!

One theme we love seeing each year is musicians dressing up as other musicians for Halloween, and we love Bruno Mars’ “Mini Hendrix” look!

5.The Weeknd as Beetlejuice

Better not say it three times or he might show up! The Weeknd and Bella Hadid went as Bettlejuice and Lydia for Halloween, and it is scary good!

A Goofy Movie is a classic as we all know, and KYLE did an amazing job recreating this look!

7.Justin Timberlake and family as LEGOs

JT and his adorable fam brought The Lego Movie to life by embodying LEGO versions of popular Gotham characters.

They got candy? LEGO!

8.Beyonce and Jay-Z as Olympians

Beyonce and Jay-Z always go hard for Halloween and they killed it once again. They look awesome in this sporty look!

Sticking to the popular Gotham theme this year, G-Eazy pulled off an amazing Two Face costume and even went as far as dying his hair two colors! While we don’t know if his decision to be this had anything to do with the theme of Halsey’s party, we think he looks awesome!

10. The Chainsmokers as an emo and a sloth

We can totally relate to The Chainsmokers having to improvise a last-minute costume because we’ve all been there at least once, but we think they pulled it off pretty well!

Forgot our costumes in LA. So we improvised

As you can see the celebs did not mess around this Halloween season, and we love the creativity put into each one of their looks! Let us know in the comments below or tweet us your favorite look @soundigest. We hope you all had a wonderful Halloween!