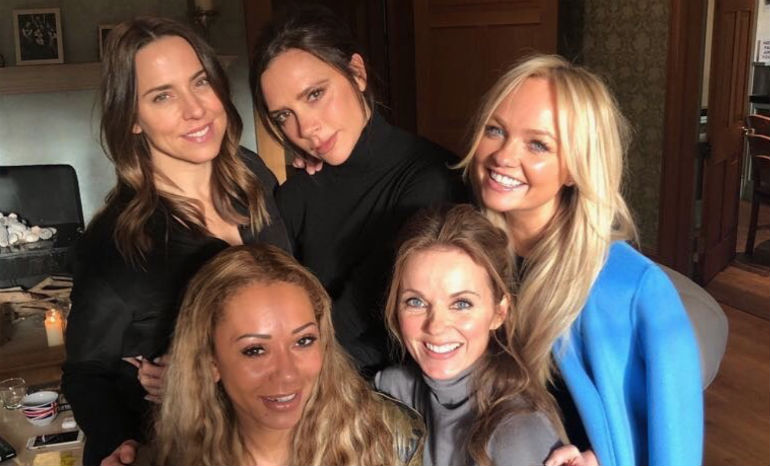 Get ready to spice up your life, y’all! The Spice Girls continue to make headlines in 2018, making fans wonder if there’s a comeback in the works. Earlier this year, the group got back together for a surprise meet up and posted it on their Instagram for the world to see (and, of course, freak out about).

Back in February, we gave you the details on what was going on in Spice World, which sadly wasn’t much. Victoria Beckham, A.K.A. Posh Spice, denied rumors that the ladies would be reuniting for yet another reunion tour. In May, there was speculation that the group would be performing at Prince Harry and Meghan Markle‘s Royal Wedding, but that unfortunately turned out to be false. So, with all these rumors getting squashed, why did the group reunite? Sadly, we still don’t know. This week, however, we might just find out!

That’s right, ladies and gentlemen! It was recently leaked that all of the members aside from Posh will be on the November 10 episode of The Jonathan Ross Show, a talk show in the U.K.! And let’s be real, there’s no reason that they’d be making an appearance on the show unless they had an announcement to make, right?!

Well, according to The Sun, it seems like that’s a major possibility. The U.K. gossip magazine claims that the group will be announcing a U.K. reunion tour next summer. Say whaaat?!

While it’s unclear at this point whether or not that’s true, it does seem very likely. Regardless, Here are some things we’re hoping will happen during their appearance on the talk show:

First, we’re keeping our fingers crosses that they’re planning, not just a U.K. tour, but a WORLD TOUR. The Spice Girls haven’t been on tour in a whole decade! Back in 2007 and 2008, the group went on their Return of the Spice Girls tour and played 47 shows in the U.S., Canada, U.K., Spain and Germany. They’re long overdue to play some new shows if you ask us, and if they make it stateside that’ll be even better!

Next, we’re also hoping that the hit ’90s girl group will announce a brand new album. It’s hard to believe that the group has only released three albums in total, and Forever, which was their last LP, was released way back in 2000! Some of the members have released solo albums since then, but it’s not the same, and TBH, we want new Spice Girls music!

Well, here’s to hoping that the girls have exciting news for us this week! What are you hoping they announce? Drop us a comment down below or tweet us your thoughts at @soundigest.